It just had to happen, the combination of 2048 and Flappy Bird into a united game that can be played online in a very entertaining way. Most of our readers will know the Flappy Bird game well and how it got pulled by the developer for personal reasons, then came the mountain of clones afterwards.

Not happy with just cloning one of the biggest mobile apps to hit our tablets and phones, it seems developers have moved on to mashing up games so they combine together the most addictive titles. It is not clear what the mission is here, but at least it reveals something totally different and makes great fun for even the smallest amount of time.

If you liked Flappy Bird, then you’ll love the 2048 game combined with it and bringing a whole new level of what you need to do when trying to fit through gaps by just tapping. Again, this is a simple concept but one made better in our opinion with the new 2048 Flappy Bird game playable online right here at flappy2048.com. Once your game ends, then you have an option to share your high score to Facebook to see who has the record in this version. 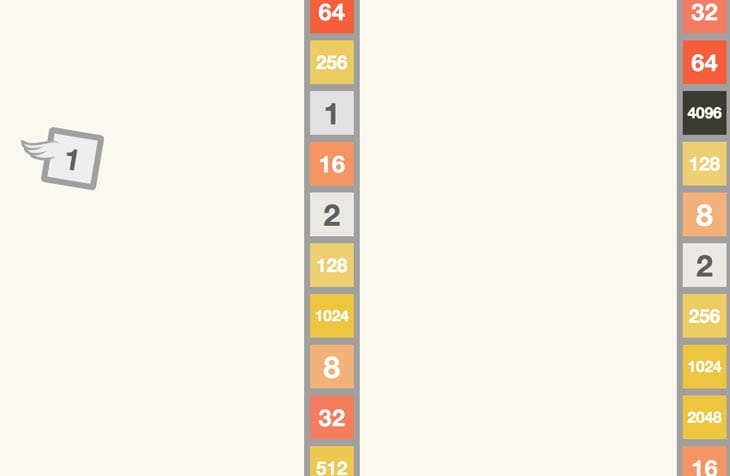 Have you played the 2048 Flappy Bird game? If so, do you like this version or do you think the developer is crazy for releasing such a game?

36 is one of the best scores we’ve seen for the 2048 Flappy Bird online game, which means your bouncing block has a score of 68719476736 like you can see in the screenshot below. 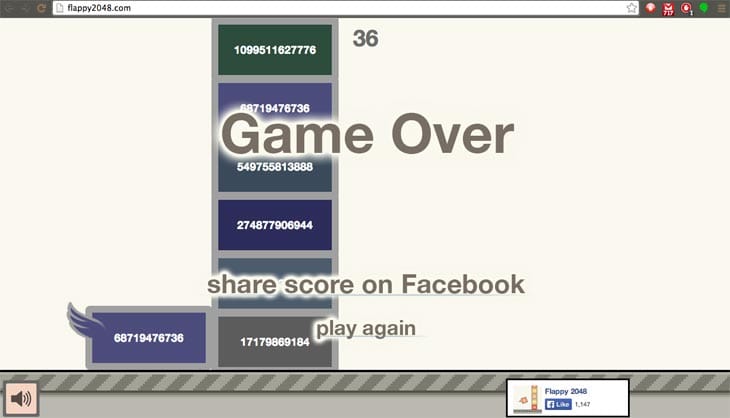 Earlier today we published some details on the most popular 2048 apps for Android, iPad, and iPhone. Though it should be noted that these are not by the original creator of the game.