We have an update to bring you now on the launch schedule for the upcoming 2018 iPhone refresh, which Apple will unveil to the world at their annual iPhone event in September.

While we know that the company will introduce at least one new OLED-based iPhone X model, there are also strong rumors suggesting that Apple will reveal a 6.1-inch LCD iPhone as well on top.

However, according to one analyst Apple may have to delay the 6.1-inch iPhone due to issues with the display backlighting system and it may not be available until October – as opposed to the end of September when Apple usually launches new iPhones. 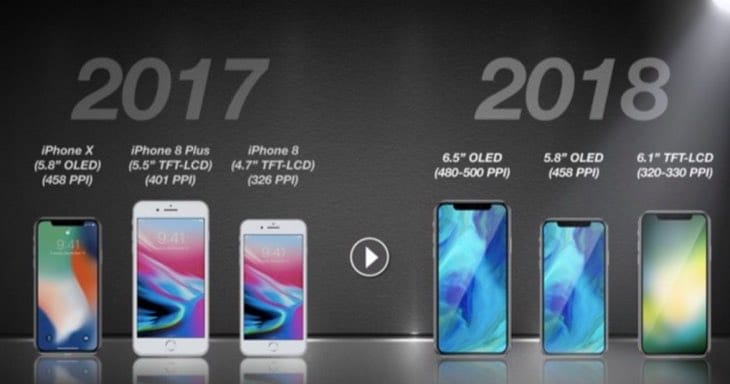 You can see the full report over at Barrons here, which adds that currently there are no delays forecasted for Apple’s 5.8 and expected 6.5-inch OLED iPhones.

If the actual delay for buyers ends up being between two to three weeks, it shouldn’t be too much of an issue so let us know how this affects your plans to upgrade to the next iPhone models.

Which iPhone do you intend to buy this year, the most expensive iPhone X upgrade or the cheapest option?