There is an air of disappointment when looking over the 2017 Subaru BRZ specs, as we can see that there is no turbo. Not only that, but there does not appear to be an STI model in the pipeline either.


We are not saying that there will not be a 2017 Subaru STI model released, it’s just the carmaker has yet to make any kind of announcement, and so we will just have to hope they do. Anyway, back to the BRZ, and we should not try to be too negative about its features, as Subaru have managed to improve on its performance, along with uprating its suspension as well.

2017 Subaru BRZ changes – One of the main things that needed to be changed was the chassis, as the springs needed to be upgraded, as did the shocks, along with reinforcements made to the body and a larger antiroll bar to the rear. That’s not all, as the transmission cross-member has also been improved as well as the rear wheel housing. 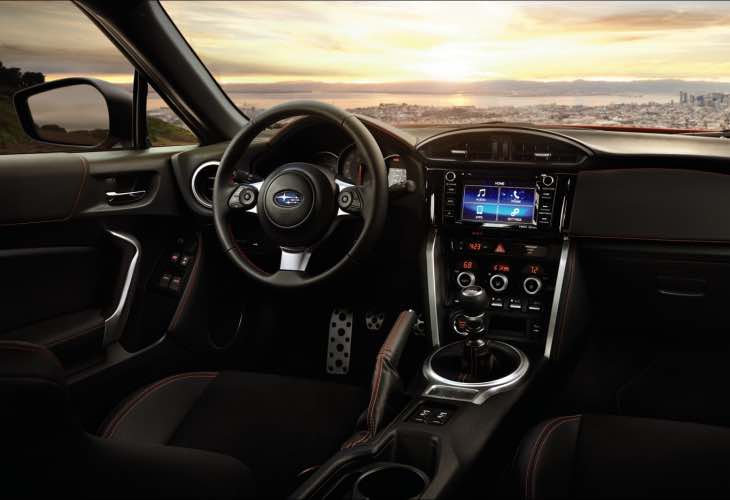 Try not to let the fact that the new BRZ will not come with a turbo spoil things for you because there is still some great improvements made to this model, although the video below does make a point that the changes Subaru have made just do not go far enough – but that’s just one man’s opinion.

Having said that, we do agree that the naturally aspirated 2.0-liter boxer four-cylinder engine without a turbo will not go down well with the faithful. However, on the positive side, that engine does get some much-needed improvements, such as new camshafts, valves along with a new cylinder head and an aluminum intake manifold. Ok, here is the funny part though, as the old model produced 200 horsepower, whereas this 2017 model archives 205hp – well any increase is better than nothing.

While we do not have a specific 2017 Subaru BRZ price just yet or a release date, Subaru does offer you a greater insight into this updated model, along with the ability to sign up for updates as they become available.