If there were two things we could take from the 2017 Mitsubishi Mirage unveiling at the LA Auto Show yesterday, it was its attractive pricing and outstanding fuel economy. Other key factors that stood out for us are its Android Auto and Apple CarPlay support, 10-year warranty, new exterior design, enhanced interior, and improved performance.

2017 Mitsubishi Mirage changes – The first thing you will notice is its new exterior design features, which have received a redesign, such as the grille, hood, rear spoiler, front and rear lights and the wheels. The styling also has a function, as it is now more aerodynamically efficient, although still kept very simple.

It’s the same story on the inside, as the 2017 Mitsubishi Mirage interior has also received a makeover. Some of the changes included new seat fabrics, steering wheel, a redesigned gauge cluster and also an awesome 300-watt Rockford-Fosgat multi-media system, which offers support from Apple CarPlay and Android Auto, the first Mitsubishi in the US to do so. 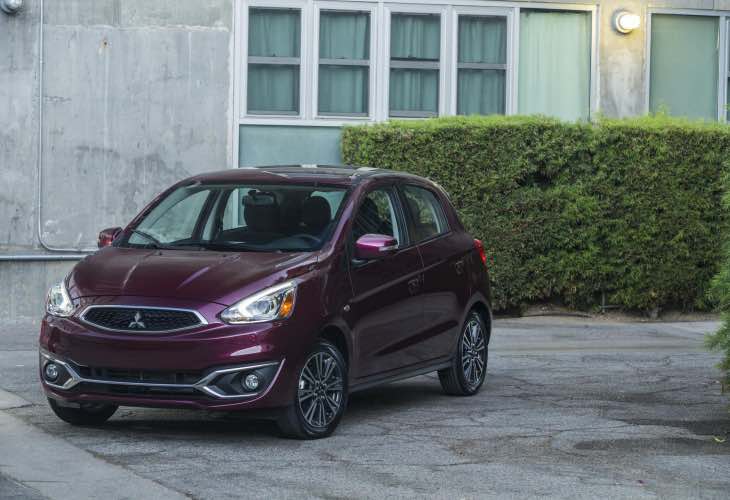 The 1.2-liter 3-cylinder DOHC engine is to still feature in the new Mirage, although this latest is to get a few enhancments to help maximize its performance and fuel efficiency. It might only prodcue 78 horsepower and 74 lb-ft torque, but you will be surprised at just how much performance comes from this engine.

Handling is usually very good in small vehicles like this, but Mitsubishi has made several improvements to its spring rate and the damping force of the shock absorbers to help increase its stability – something that is important with the increased engine performance. Mitsubishi knows that by adding that increased power puts more demand on the brakes, and so have increased the diameter brake discs to 251 mm at the front, although they are still sticking with drums at the rear, but these have been increased to 203 mm.

You can clearly see that a huge range of improvements have been made to the new Mirage, and so you can read more details on the Mitsubishi Newsroom.