Land Rover have finally revealed details of its 2017 Discovery Sport, which comes with a host of interior improvements. Not only does the cabin look refreshed, but the infotainment system benefits from a much-needed update.

Before we look into the changes, we thought we would point out the new 2017 Land Rover Discovery Sport starting price, which is £31,095. You may also want to know that orders have now started, and so we will not go through some of those new features.

Land Rover have now given the new Discovery Sport a host of new modifications, which include the latest InControl Touch Pro infotainment system, Tile Bluetooth tracking technology, the first for any car. 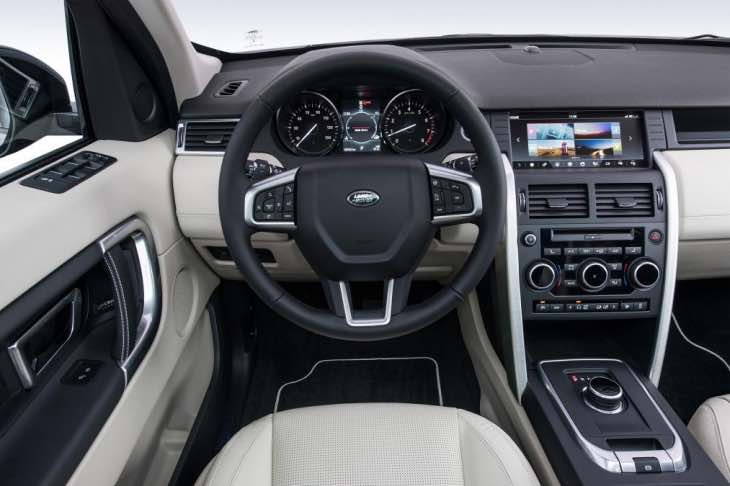 So what is Tile Bluetooth tracking technology? This will allow for you to place small tracking devices into items that you take with you in your car, such as wallet, house keys, purse, phones etc. If you then return to the car and the system does not notice these items are with you, then you will be alerted, but only if you once the app has started. This means that if you only popped to the shop or restaurant, then you are more likely to locate your lost items – although this still depends if someone has handed them in.

Having said that, the system will alert you on the InControl infotainment screen of the last known location, and so increases the chances further of you being reunited with your lost item.

As for that InControl infotainment screen, the new Discovery Sport for 2016, although a 2017 model now comes with a larger 10.2-inch touchscreen, and also sports a higher resolution as well.

There are also several new safety features added, making it harder for you to have an accident, such as driver tiredness detection, intelligent speed limiter and lane-keeping assistance.

For full details head to landover.co.uk.