The 2017 Jaguar XF S Sportbrake, which is also known as the estate version of Jaguar’s BMW 5 Series rival has been spotted testing, and so we should start to get some news as to its handling soon. Looking at some of the images, the car has really been put to the test, and we would presume the results are pretty good. 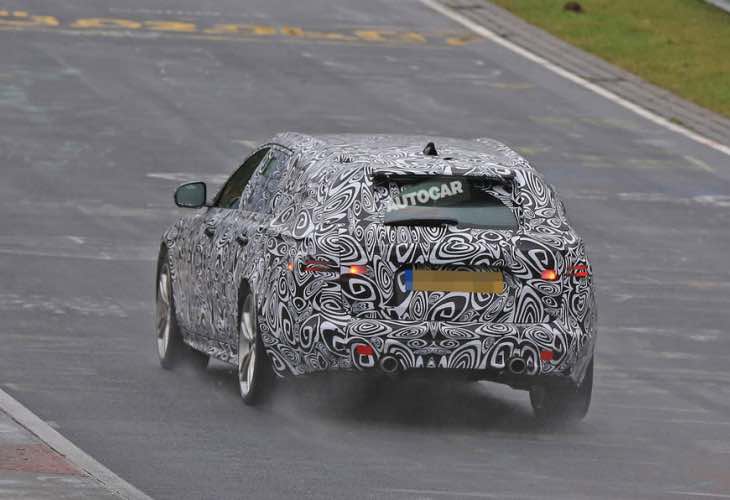 However, we suspect that things will be greatly improved by the time the production version of the new Jaguar XF S Sportbrake is released next year, seeing as though the model spotted in testing is a development car, and so we know that further tweaks will be made – even though the basis of the car has been finalised.

Not much else can really be said about the tests, and so you might wish to look at the photos on Autocar.

We have yet to be told the official Jaguar XF S Sportbrake release date, although we suspect it will be announced during the 2017 Geneva motor show, which is also when the XF Sportbrake will be revealed. The vehicle is more than likely going to go on sale in the summer next year, with a starting price higher than that of the XF S Saloon, which starts at £49,995.

There’s not much else we can tell you, and so we will have to keep an eye out once Jaguar releases new details.