A few photos of the 2017 Jaguar F-Type R Convertible have come to light after a test mule was spotted on a test drive, and it’s easy to spot some of those exterior changes.

Some of the differences from the current version to this upcoming version are the new bumper, which no longer has the vertical intakes, as the openings now take on a more rounded design. You might remember such a design from the F-Type Project 7, although there are horizontal slats through the upper halves.

The headlights have also been updated, as the L-shaped daytime running lights have gone, and in their place are double layered ones. It’s worth pointing out that the model spotted is still a test mule, and so we could see a few changes, but we do hope that those features we just mentioned are kept on the 2017 Jaguar F-Type R Convertible production model. 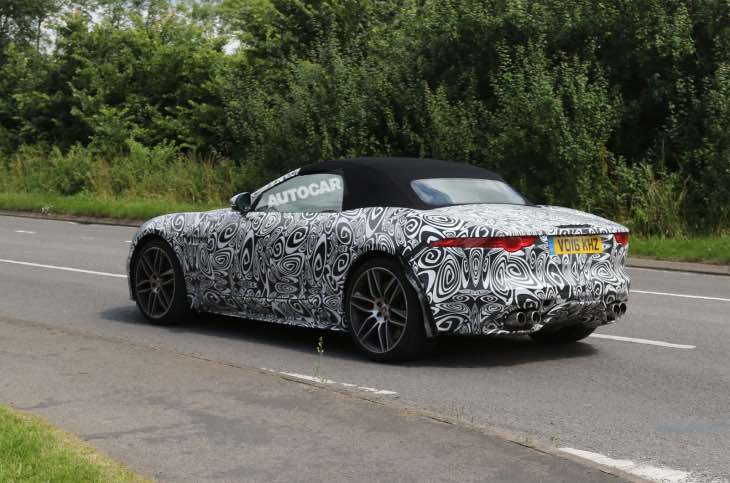 While there are no more changes evident in those images from Autocar, we expect that there will be some tweaks to its performance – although it still maintains the familiar supercharged 5.0-litre V8. Having said that, Jaguar are sure to make a few tweaks to that engine to squeeze some more performance, and other aspects of the car should be uprated.

Having said that, we do know with almost certainty that the biggest change will be to the latest infotainment system, as it will have a quad-core processor, 60GB SSD, 10.2-inch touchscreen with Apple CarPlay and Android Auto integrated.

Other than that, there is not much else expected to change, and so this is more than likely just a few small update.