We reported yesterday on the leaked images of the 2017 BMW 5 Series, and so we knew it was not going to be too long before the German carmaker revealed its new model officially. However, while some people have positive things to say about the facelift, there are those that are a bit more negative about it.

The thing is, we know that BMW tend to be a bit lazy in certain areas, and so we suspect that when the first 2017 BMW 5 Series review comes in, it will point out something that has been an issue for BMW for a few years now, and that’s the fact the interior is not adventurous. 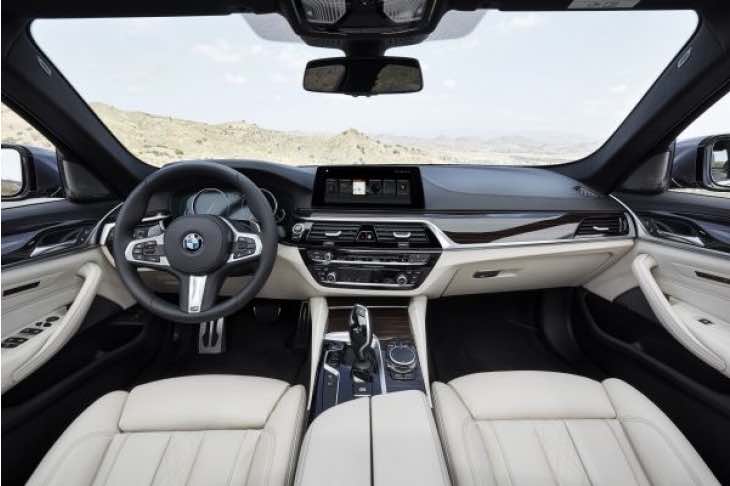 BMW will try and sell this to you saying that the 7th-gen BMW 5 Series saloon comes with an evolutionary exterior design, along with an updated interior, but it’s just a slight change from the 7 Series.

It would be nice if BMW were to be a little more adventurous and look at what Mercedes is doing, as each interior caters for each class, rather than just taking from one and adding them in.

However, if its driving experience matches up to what BMW tell us, then that will go some way to take away from the boring interior. Ok, boring is too strong of a word, but come on BMW, show some imagination.