Even though we have yet to see any official 2017 BMW 5 Series photos released, a new leak showing images of this upcoming car are said to be the real deal. If so, then this is a bit of a headache for the German carmaker, as they wanted to keep the design of the updated model under wraps. 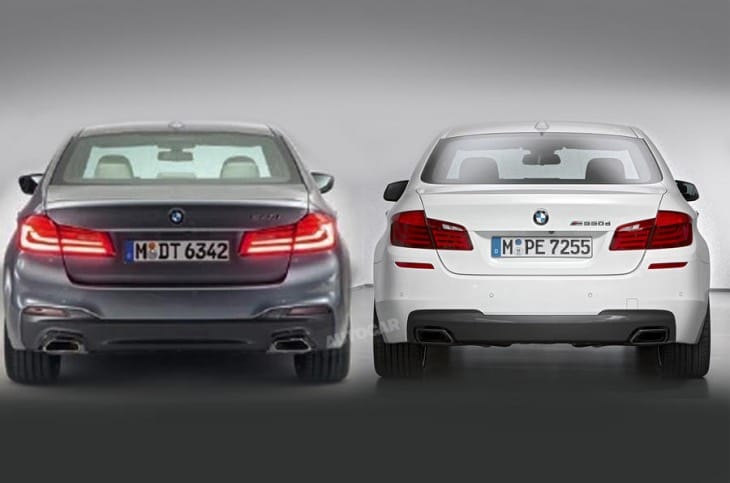 However, what we can now see from the several leaked images are the 2017 BMW 5 design changes thanks to the Chinese media. What you can see are side-by-side comparisons of the front, rear and the interior of the upcoming car, and it’s clear to see BMW has gone for an evolutionary design rather than a revolutionary one.

The biggest changes happen at the front-end and the interior, although you will have to do some staring, as the differences are very subtle compared to those of the 3 and 7 Series. However, this is something you would expect from a model that is sandwiched between the two of them.

Having said that, you will see that the changes are different enough to give the new 5 Series its own identity. The images themselves have been taken from a video, and so are a little blurred. However you can make out some very interesting features, which we ask you to head to Autocar to have a much closer look.