Having already seen an early concept image of the 2016 Volvo S90, we were even happier to see the first official pictures, and also details for this upcoming model. What this has now done is intensified the anticipation of the 2016 Volvo S90 release date, especially as it has some tough competition out there with the Audi A6, BMW 5 Series, and the Mercedes E-Class.

We don’t have long to wait to learn almost every Volvo S90 detail, as the car will get have its first public appearance at the Detroit Motor Show in January.

Let’s hope that the Volvo S90 pricing is announced next month as well, as this will give us a better idea as to how it it will be compared to those three rival vehicles above.

There is to be two versions of this vehicle, and those are the S90 and V90 estate, which are described as sophisticated. You will notice by the images that the styling is no longer chunky that we are used to seeing with Volvo, and shows the carmaker is prepared to move forward with the times. 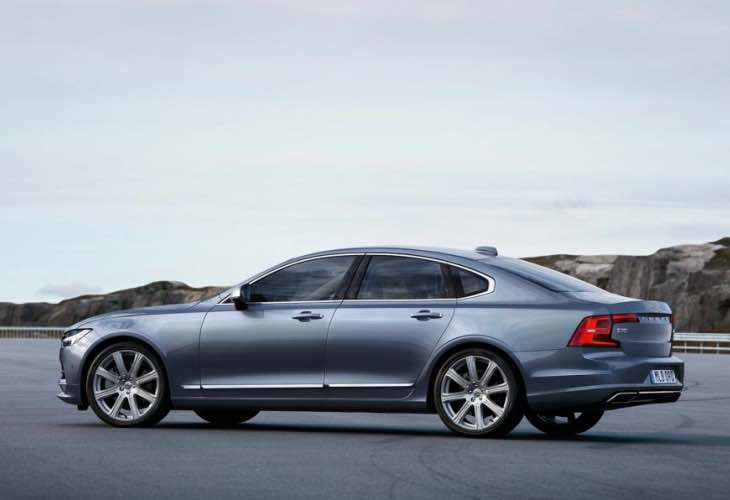 However, do not think for one moment that Volvo has forgot it philosophy about, safety and strength.

Both models are to get the same engine options, and also the very same powertrains used by the XC90. However, Volvo does expect three options to be the most popular, and these are the D4 and D5 diesel, along with the T8 ‘Twin Engine’ plug-in hybrid, which will produce 394 horsepower. The latter option will only produce CO2 emissions of 44g/km, although the D4 manual will produce just 109g/km.