The Detroit motor show takes place in January 2016 and will be the event that we finally get to see the all-new Volvo S90 unveiled. However, there is some good news to share, as this upcoming new model from Volvo has been leaked ahead of its reveal.

Looking at the 2016 Volvo S90 image, people will notice how it shows XC90 SUV influences, although only at the front-end. It will be interesting to see what the industry makes of it, and whether they believe it will be good enough to rival the BMW 5 Series, Jaguar XF, and the Mercedes E-class.

While there is just the one Volvo S90 profile image, it is enough to show us the direction that Volvo is going in with their S80 replacement. 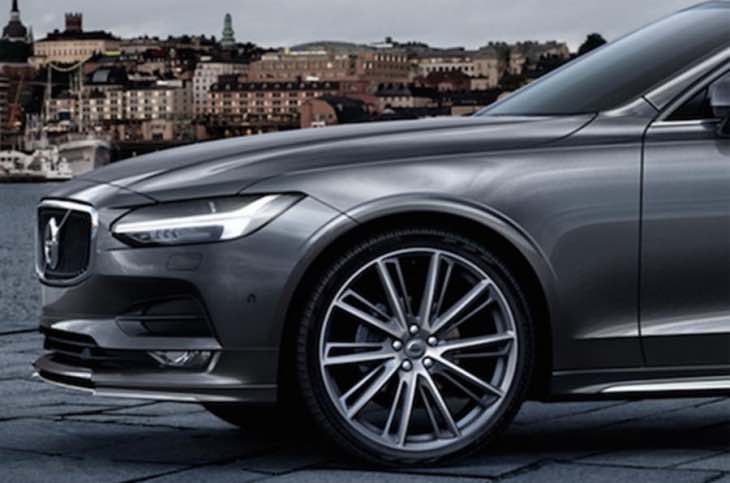 Let’s hope that Volvo does stick closely to the model shown in these images because it does look to be a really good design, as it does not look as bland as some of the other vehicles from Volvo.

However, seeing as though Volvo have appointed a new chief designer since this concept was designed, we do fear that there will be many changes – which could either be classed as a good or bad thing.

One thing we do know, it will need to look better than anything Audi or Mercedes have, and from how much Volvo has been building its new model up, we have a feeling they might be able to do so.