We know the one question that people will be asking before reading over a 2016 Volkswagen Golf GTi Clubsport review, and that is how does its handling compare to the Ford Focus ST. We can tell you right away that it might not live up to Ford’s hot hatch, but then it does excel in other areas, such as its range of its abilities.

There are not really any reviews of the new VW Golf GTi Clubsport out there, and so was very happy to see that Autocar had finally published theirs. This model was unveiled at the Frankfurt motor show a couple of months ago in its first production version appearance. This is more powerful than the Clubsport version, and so was always obvious that it would be an entertaining vehicle to drive – especially for the reviewer that drove it on a test track on Portugal. 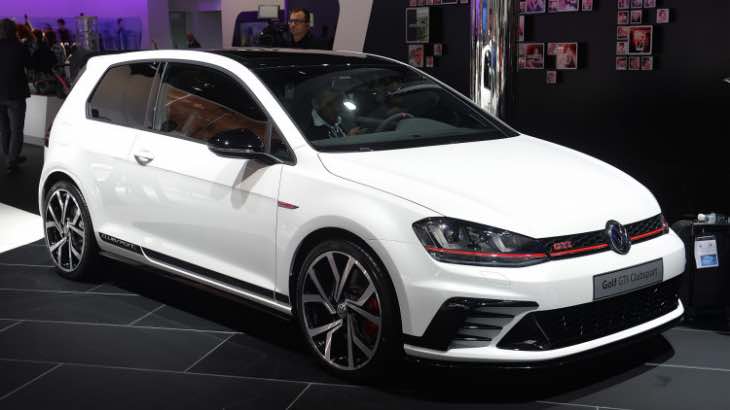 With this in mind, we don’t actually learn how the 2016 Volkswagen Golf GTi Clubsport performs on public roads, as a race track can never simulate normal driving conditions. However, you do get to learn about how well it handles the fast bends, and it is clear that this variant will more than likely give you a harsh ride while driving around town – so try to avoid the speed bumps.

Autocar reports that this new GTi Clubsport has strong performance, a good level of agility, handling that is more engaging than ever, and more refined than ever.

It will be interesting to see just how well it performs on UK roads, but first impressions are very good. You might not have to wait too long, as production starts from February through to August 2016.