Vauxhall is already working on its Mokka facelift for 2016, and although the changes are only mild, it’s nice to see what we can expect from this update.

For those of you waiting too see just what the 2016 Vauxhall Mokka exterior changes will be, then Autocar has spotted the new facelift model during testing.

While it might have camouflage on the front and rear, you can still make out its newly designed grille, and headlight clusters.

Not only that, but the front bumper has also been reprofiled. It’s hard to make out any of those other changes, although we suspect that Vauxhall has been busy with he 2016 Vauxhall Mokka interior as well. 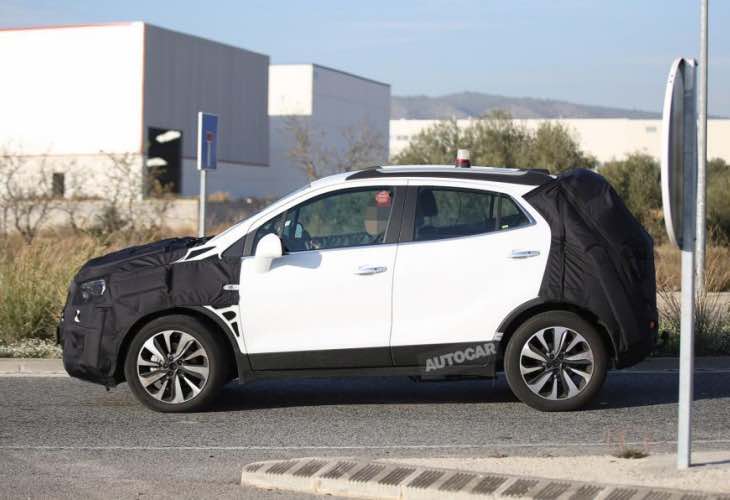 Minor changes to the interior are needed to give it a more refreshed look, along with adding the Intellilink infotainment system, although only on the high-end models.

As for the new 2016 Vauxhall Mokka price, Autocar suggests it will be slightly more than the current £16,684 starting price.