When it comes to iconic bikes back in the day, then there are only a handful of makers that come to mind, although Triumph is right up there, with the Bonneville model being the one people seem to remember and love the most. It’s for this reason why there is a great deal of excitement about the upcoming 2016 version.

Some new images have now leaked and the 2016 Triumph Bonneville particulars are being scrutinized once again, and for good reason. This is because we get a better understanding of some of the important features of this motorcycle. 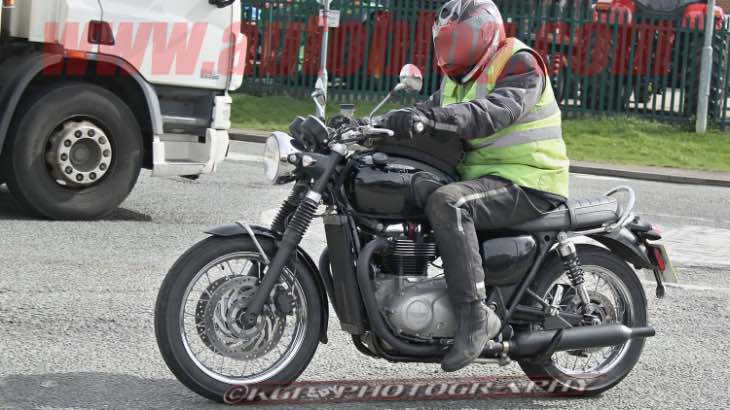 The most obvious feature and a big change over previous Bonneville’s from previous years is the switch from air-cooled to liquid-cooled. We know that this is pretty much the norm with so many of the latest bikes, but trust us when we say this is a big deal for the Triumph Bonneville.

Autoblog has been unable to make out any other parts of the cooling system from the images because of them being hidden away. However, the website does know there is a catalytic converter buried deep and they make a point of telling us to not take any notice of those exhaust pipes, as they will not make it to the production version.

As for the 2016 Triumph Bonneville engine capacity, that is another thing that has us stumped, and so we just have to wait and see what happens once Triumph decides it is time to reveal the all-new Bonneville motorcycle.