Trucks are big business in the US, and it is not just the large American brands that do very well in the country, but also some of the ones from overseas, such as Japan. However, some of them do tend to have a harder time convincing drivers in the USA, and the new 2016 Toyota Tacoma V6 is sure to be one of them.

One of the major differences with Toyota trucks is how they are often cheaper to run than their US counterparts, and also are far more tougher than you would think going on looks alone. The previous Tacoma truck has been the same for many years now, albeit a few changes here and there, and so there is a great deal of importance with this model seeing as though there are many improvements for the 2016 model.

2016 Toyota Tacoma V6 review negativity – MotorTrend has had some time with this new truck, where they point out right away that while there are many differences, the truck will still feel familiar. Some of you might be concerned that the new V6 engine has less capacity than its predecessor, but Toyota has managed to generate more power from it. 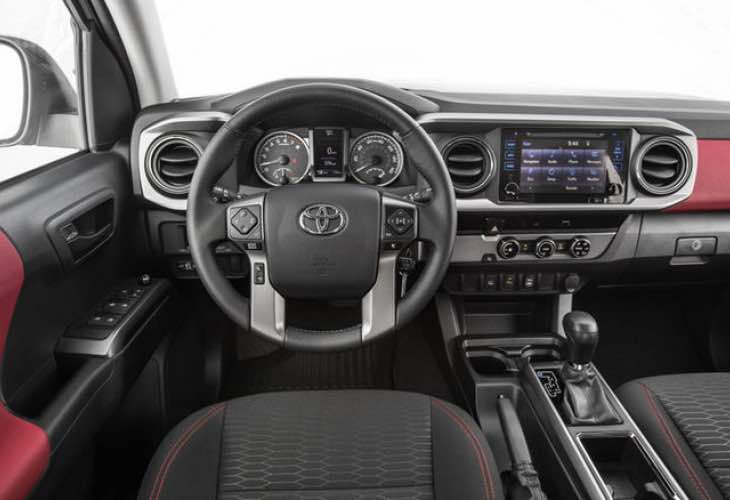 Before we look over other aspects of their review, we thought we would point out the negativity towards its comfort. The reviews points out that the model they had to review felt tighter in the rear than the Chevy Colorado and GMC Canyon, although the front gave you a decent view of the road ahead.

However, if you are tall, then there is the chance that your arms could feel too far away, or your legs too close, meaning it is hard to get that perfect driving position. It was only about an hour into the test drive that the reviewer from MotorTrend became very uncomfortable.

Things were not too good in terms of the driving experience either, as the steering has been made to feel artificially heavy and also has too much play and so not very responsive. The quality, reliability, and durability is still there though, and so will be interesting to see how it compares to its rivals once they get pitted against each other.

Have a read of their review and let us know if their findings will have an impact on your buying decision?