Several days ago we talked about the 2016 Toyota Tacoma and what it needs to have in order to improve on its success, as there is no denying the model has started to show its age. Thankfully, we don’t have long to wait to see what Changes Toyota has made, as the new model will be unveiled on January 12, 2015.

This date is familiar because it is when the 2015 Detroit Auto Show begins, and as a way to whet your appetites, Toyota shared a teaser image of the truck getting dirty, although it is a very close-up shot as to not give anything away. However, from what we can see from the rear image, there doesn’t seem to be too many changes, which could come back to bite Toyota. 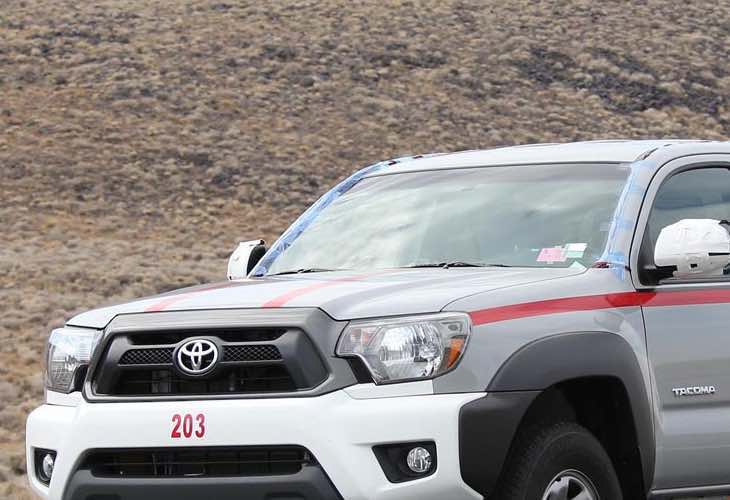 There will be some of you out there all up for a slight refresh to the Tacoma seeing as though the current model is tried and tested. However, we suspect a majority of you will want to see some significant changes, as if not they could be persuaded to look elsewhere.

Fans of the truck were worried that Toyota could go down the larger route, but it is clear the size looks set to stay the same, which to us is also a good thing. As for engines, it would be cool if there was a diesel variant, and the V6 needs to be replaced with a more powerful, fuel efficient unit mated to an all-new modern 8 speed automatic transmission.