While we do not have a lot to go on, at least we do know that the 2016 Toyota RAV4 Hybrid will be officially unveiled during the New York Auto Show next week. However, at least we now have an idea of its part of its design, thanks the teaser image below.

Ok, so it’s not like the 2016 Toyota RAV4 Hybrid technical specs have been announced, but we know they are imminent, and we should learn all the important details either next Thursday.

Looking at the press release, we only get to see the rear quarter of the car, which shows of the light cluster, part of the rear panel and the trunk lid, as well as the RAV4 Hybrid badge. 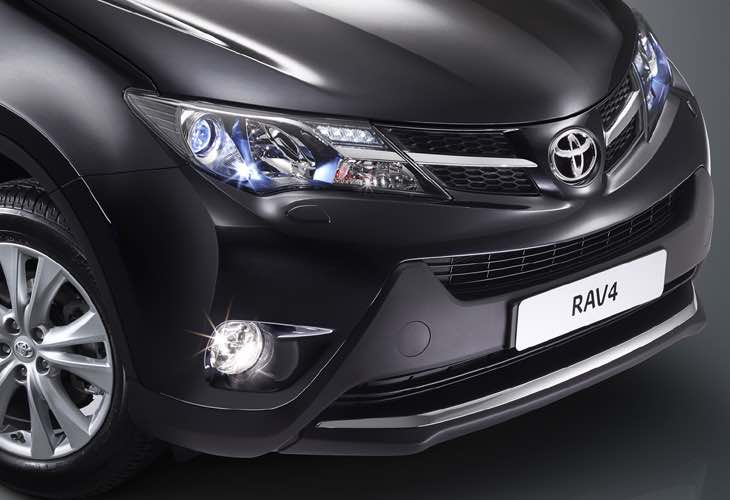 It will be interesting to see what sort of specifications the upcoming Toyota RAV4 Hybrid will have, which is expected to go head-to-head with the Ford Kuga, Mazda CX-5, and the Nissan Qashqai, although none of them have a hybrid option, and so looks as though Toyota wins that round.

Even though we don’t really know too much about this upcoming fuel-efficient model, we suspect it will come with a 2.5-liter four-cylinder engine linked to electric motors. As for power output, we expect this to be around 194 horsepower.