Having already seen the 2016 Toyota Land Cruiser facelift model being released in Japan, it has now launched in India. The new, refreshed model is doing the rounds at the 2015 Dubai International Motor Show, and so was perfect timing for its launch in India.

Let’s get the more important thing out of the way first, and that is the 2016 Toyota Land Cruiser price India, which is INR 1.29 crores, ex-Showroom, New Delhi. 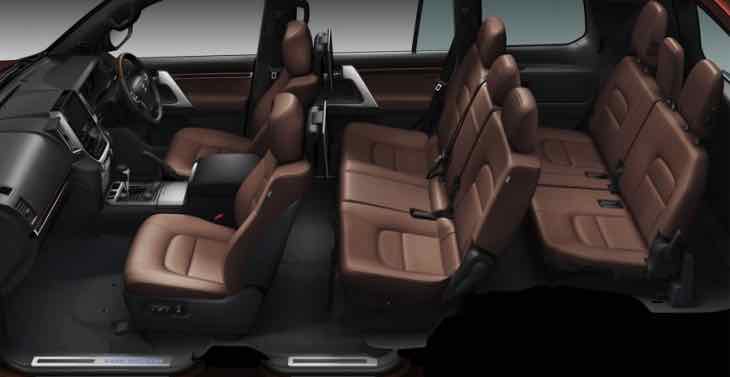 We have embedded a video for you below, which is a small introduction to this facelifted Toyota Land Cruiser, where you get to see it in action off-road, and also a better look at its interior.

Some of the new additions to this model include a hexagonal grille, alloy wheels, LED headlamps and redesigned taillights. You will be very surprised at how different these make the exterior look.

As for the new interior, it now comes with a 4.2-inch TFT MID, satin finished center console, an improved steering wheel design and much more, all of which can be seen in the video we mentioned earlier.

Especially for the Indian market, the engine of choice is the 4.5-liter V8 diesel, which produces 261 horsepower, mated to a 6-speed automatic gearbox, 4WD and improved ECU mapping. For more details visit Toyota.in.