The excitement level is already building for the 2016 Toyota Fortuner, and so the leaked images of the exterior and interior will go a long way to help keep people’s appetites whet until its event launch in few days time.

These images are pretty much of a 2016 Toyota Fortuner Vs old in terms of its exterior and interior. The new model is at the top, with the current/outgoing model at the bottom. We can cleary see that there are a few features borrowed from the Hilux Revo, which is not really a bad thing. 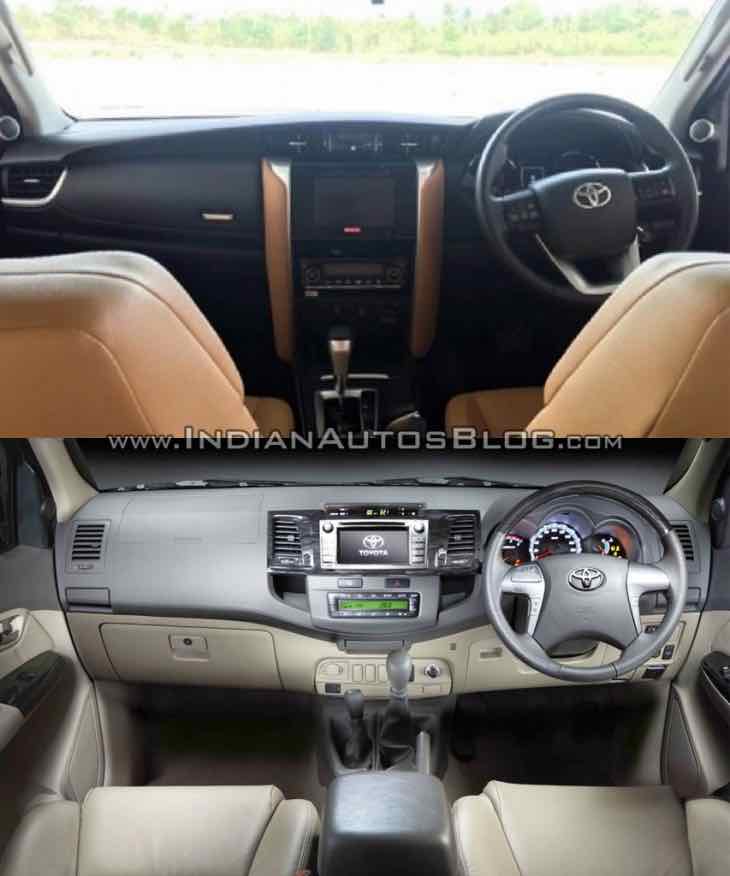 The new Toyota Fortuner comes with a host of new features to help improve safety, and we are very pleased that the Japanese carmaker has decided to ditch the conservative design that has held this model back. When looking at the front and side of the exterior you will find it hard to see any resemblance from any other model in the Toyota range, and that also goes for the rear-end as well.

Its interior also comes with several improvements, such as a larger touchscreen Toyota Fortuner entertainment system, reversing cameras, keyless entry, 7 airbags, as well as a driver’s knee support airbag, and a lot more, details of which can be found on Indian Autos Blog.

We hope to update you on the 2016 Toyota Fortuner price in India in a few days time, along with more specific release details, so for now just enjoy those images.