With just over a month and half to go until the Geneva auto show, it’s around now that some of the cars due to be unveiled during the event will be teased. Now some models will be shown off in all their glory very soon, while some are slowly being teased to us, such as the 2016 Skoda SUV.

An image of the upcoming Skoda SUV has been teased, although there are still no images of the final production model, which we suspect will be called the Kodiak.

That does not mean we do not have an idea of what it can look like, as Autocar has come up with a render of what its design could be, although we can already tell that some of you are not happy with it. However, you have to remember that this is not its final design, and so we will just have to wait and see until march. 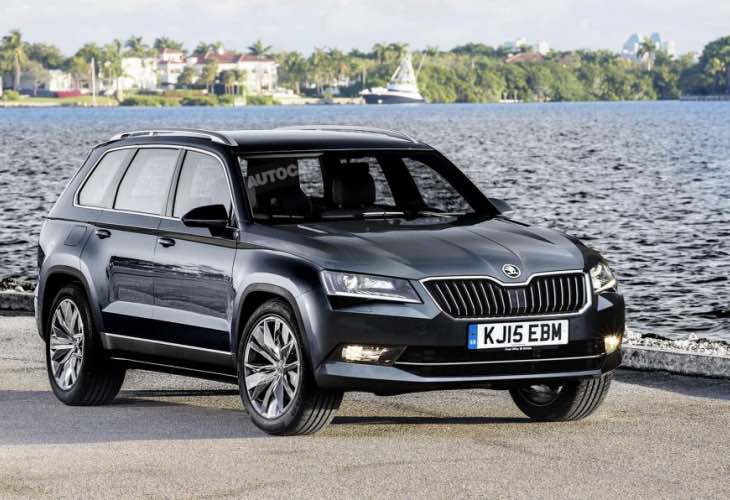 From what has been suggested by Skoda, their new SUV will resemble the VW CrossBlue, although the teaser of a garage door does not give anything away.

There have been some spy pictures of the SUV, although this is more of a test mule and so looks like an overgrown Skoda Yeti, and also has a huge amount of camouflage so that you cannot make out any details.

We can tell you that its interior will be very similar to the Superb, and is expected to make use of a four-cylinder petrol engine range, and a 1.6-litre turbodiesel.

More details should become available to us closer to its unveil at Geneva.