Land Rover has been hard at it of late, what with saying they are no longer going to build the Discovery, to now saying they will continue to, and also working hard on updating its Range Rover Evoque. I’ve personally not been a lover of this model, as it looks as though it has been rolled and driving around with a squashed roof — but that’s a personal opinion.

However, we are told that there will be some impressive changes with the 2016 Range Rover Evoque and the styling has already been taunted, which you can see in the images below thanks to Autocar. While we will have to wait until the Geneva Motor Show next month, at least it’s nice to get an early sneak peek, no matter how disguised it is. 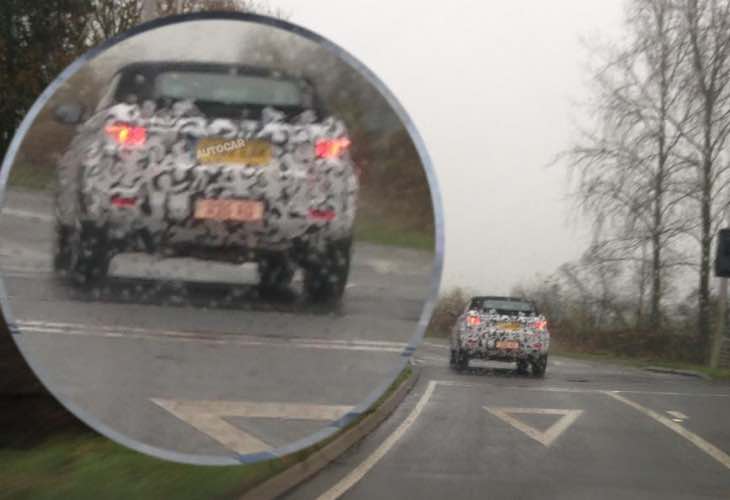 2016 Range Rover Evoque Changes — We can just about make out an all-new LED headlamp design, and is said to be the first of the models from the SUV line-up to come with adaptive LED lighting, which we know offers greater illumination in dark conditions.

It’s not all about the design though, as the new line-up will also come with new engines, improved interior and safety features, as well as a much-anticipated cabriolet model, which we are sure will have its lovers and haters.

What would you like to see change with the current Evoque and brought to the all-new 2016 model?