With the 2016 Proton Perdana launch due to happen hopefully this month we thought we would offer you a little reminder of the pricing for this upcoming model. What people find exciting about this model is how it used to only be available to government officials, but will now be sold to the public.

With the launch expected to happen within the next few weeks, we do hope to learn the official 2016 Proton Perdana price at some stage this month – although if not, then it will surely be very early in July. 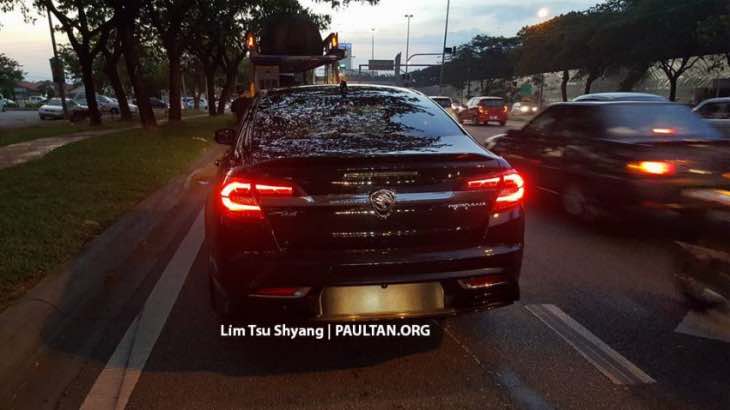 Even though we do not know much about this new version, we can tell you that it is to get a major facelift to make it look more distinctive than that government version. You can also expect the top model, which is the 2.4-liter version to come with xenon headlights that also has integrated LED light guides to help set the front end off.

Not only that, but the taillights have a split layout, along with a diffuser element with integrated exhaust tips that match the boy color – oh and there is also a front splitter and chrome grille as well.

If you would like to know the dimensions of the new Perdana, then it will be loosely based on the eighth generation Honda Accord, and so measures 5,020 mm, 1,845 mm, 1,475 mm and 2,800 mm in length width, height and wheelbase.

Paul Tan has some spy pictures, along with a video showing off its interior as well, so why not check it out and see if Proton have done enough in making this previous government appeal to the consumer.