We already knew that the 2016 Porsche Boxster was going to be renamed as the 718 as a nod to the model from many years ago. Little is known about this upcoming model, such as its price and full specs, although more details should come to light in January.

However, there is some good news, as there is a partial 2016 Porsche 718 Boxster review, as Autocar was invited to Canada in order for them to test out the capabilities of this sports car in very cold conditions.

Some of you will think it is strange to test drive a vehicle like this in cold, snowy and icy conditions, but it’s very good if you need to know how the 2016 Porsche Boxster heater and defroster perform, along with how long it takes for the heated seat to warm up your back, bottom and legs. 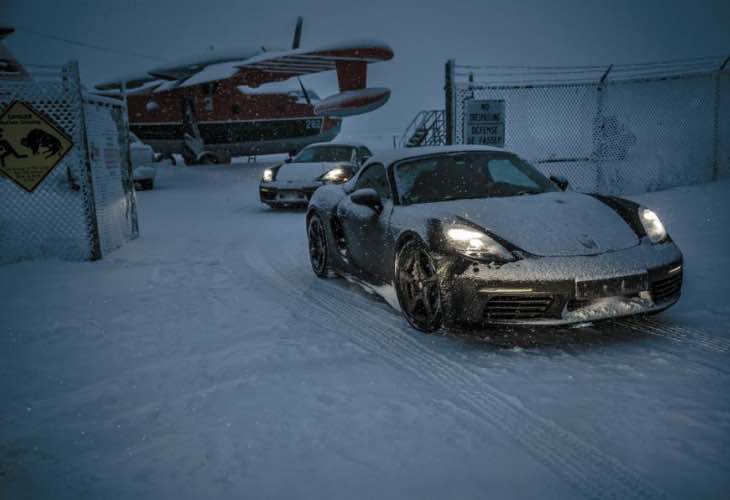 We’re told that the exteroir changes are very hard to see from a distance, but once you get up close they are easy to spot, such as newly designed front wings, air intakes and a refreshed rear spoiler.

The team that was sent to Canada by Autocar was not able to get behind the wheel for obvious reasons, although they did say you do not have to drive the new 2016 Porsche 718 Boxster in order to feel the differences, such as the performance from the new 2.0-litre turbocharged flat four. You will be surprised at just how much feel you can get for this sports car sitting in the passenger seat, and also the terrible road conditions.

While we will find out more about this new Porsche Boxster next month during its official launch, this new sports car will not be released in the UK until April 2016.