Production for the 2016 Nissan Maxima has finally begun and this has rekindled the same argument, and that is to do with the hatred for its design. The styling is an acquired taste, as you either love it or hate it, and there seems to be a lot of people siding more towards the latter.

There is no denying this new model looks very different to any other sedan already on the market, and it is the grille that has been given the most abuse by the haters.

Some of the comments we have received from our readers in the past were not overly nice, such as calling for the person involved with designing this to be fired. While others saying they understand that design risks have to be taken, but this goes a step too far. 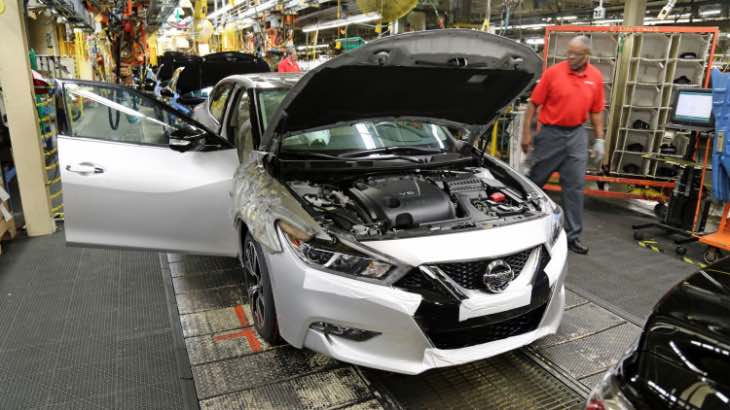 Now that our readers have learned that the all-new Maxima has now entered production thanks to Autoblog, they have started bringing up the same old attacks. One remark we found funny was being fugly was a tradition started by the Juke, and they sort of have a point about that model at least.

Some people are still critical, but are more tactful by saying while they understand Nissan has tried to do something different with the design of the Maxima, it has not worked. They also believe there must have been some sort of influence from Renault, as they have also gone down the wrong path on several occasions.

How do you feel about the design of this 2016 model?