When Nissan teased its 2016 Maxima at the end of its Super Bowl commercial you would have missed it if you had been blinking at the time. However, it generated a huge reaction on social networks and so not long after Nissan finally released some official images, and when you look hard enough you will notice a few design similarities with another model.

Full 2016 Nissan Maxima specs still eludes us — Even though Nissan felt it was now the right time to show us the design of its new model, they have yet to announce any of those official specifications that we have been longing for. However, we can see that it does look very similar to the Nissan Sport Sedan concept car, which was on show at the 2014 Detroit Auto Show.

While it is a bit of an anti-climax not to have any new details on the 2016 Nissan Maxima, we can tell you that all should be revealed in April during the New York Auto Show. The carmaker has already said full production specs will be shared, and we do hope we get to learn what the price will be as well. 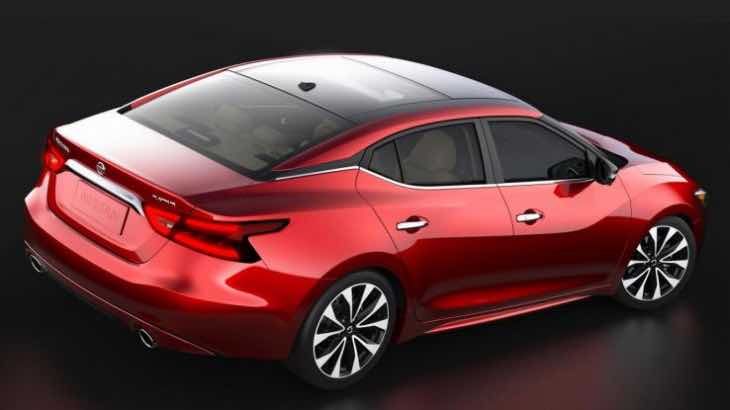 Going back to its exterior design, you will notice it has the newly designed corporate grille, which we can already see on the Rogue. We have also noticed that the dramatic character lines seen on the concept car have stayed as well.

As for the eyebrows on the headlights, they have been toned down and the foglights are now integrated into the bumper instead. The production version will also get revisions to its side windows and you will also notice a more softened look with the shutline of the rear doors.

You can see the images on Nissan’s website, along with that Super Bowl commercial as well.