The 2016 Honda Pilot debut happened at the Chicago Auto Show and gave us a good look at just what it is Honda has planned for the mid-size SUV. Before its reveal we had to make do with spy shots and dodgy photos, so at least is was nice to see all the improvements made to the model.

At the time there were no details on the 2016 Honda Pilot starting price, and there still isn’t. However, Honda did say that it would offer pricing details the closer to its release, which is said to be this summer — so not too long to wait.

For those of you that missed the reveal of the Honda Pilot redesign you will notice something from the images right away, and that is how much longer it is. The reason for the increase in the length is to finally do away with the cramped feeling in the third-row. 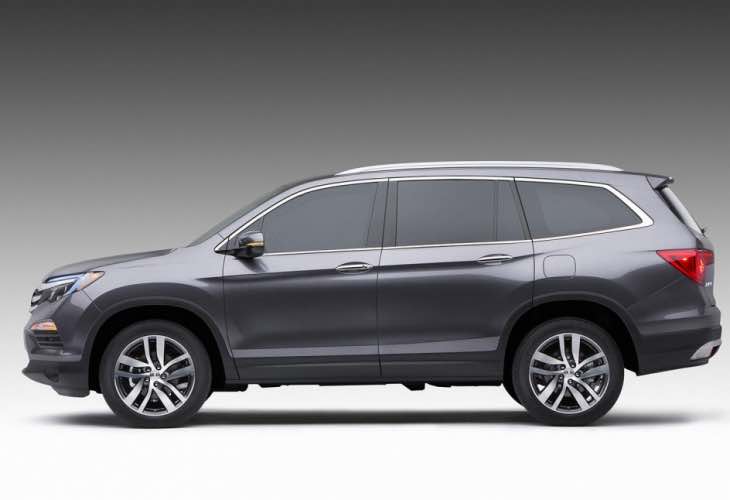 You will still notice several design elements from CR-V crossover, which is not a bad thing because its design is rather impressive. However, the third-generation Pilot is no longer boxy like the outgoing model and it has received a huge boost with its technology, both to the interior and the tech used to keep the car fully planted to the road.

If you would like to see more, then we have a 2016 Honda Pilot walk around video for you below, which gives you a good review of what the new model has to offer. One thing is clear from the start, people seem very positive by this all-new redesign.