Following on from the recent clothing warehouse scam that we told you about, we have another Facebook scam that is doing the rounds this week with the popular 2016 ‘Free’ Range Rover Facebook scam.

This is attracting a great deal of attention on social media and we can already see that over 10 thousand Facebook users have already fallen for the trap.

The 2016 free Range Rover Facebook page can be seen here and it requires users to complete a series of steps in order to be considered for a prize draw for the car.

In reality, the prize draw has been set up from thin air and the real danger of this is you unwittingly giving out your mobile number to scammers, for them to sign you up to a premium subscription service that costs you money each time messages are sent. 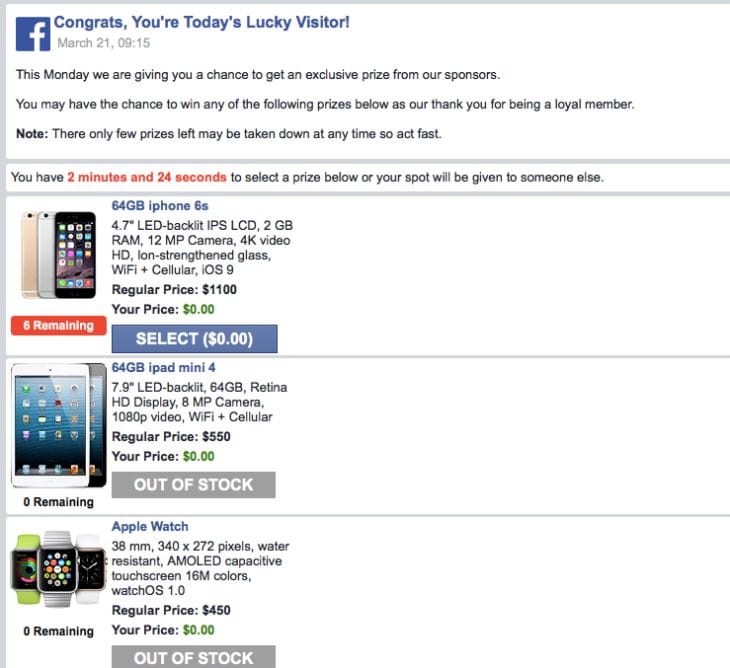 The image shown above is just an example of the tricks deployed to make the process as smooth as possible – who doesn’t like the sound of free treats on the way to a potential free car?

The reality is though that after this screen, you are asked to give your mobile number and that’s when you should close off this page before it’s too late.

You should always cross reference these type of giveaways when it involves big corporations just to be sure. For example, the official Range Rover Facebook page makes no mention of a free 2016 Range Rover giveaway so always be weary.

It’s almost embarrassing to see the amount of comments coming in from Facebook users on the scam page posting which color they want so don’t be the next person to fall for it.

Share this with your friends and family and make sure they are aware that it’s a trap designed to extract money from your mobile phone.