If you do not have the money or don’t want as such performance as the GT350R offers then you might want to consider the 2016 Ford Shelby GT350. It might not be as nuts as the R model, but still has a lot to give the driver. However, it does share the same V8, although the R model has been tuned to help produce that bit more power, and is more of a bare bones model.

2016 Ford Shelby GT350 Vs GT350R Mustang review points out the differences – MotorTrend has already driven both these models and points out right away that if they never drove the GT350R model first, then they would have been more than happy with the GT350. However, during the test drive review of the 2016 Ford Shelby GT350 Mustang they kept thinking back to how well the R model performed. 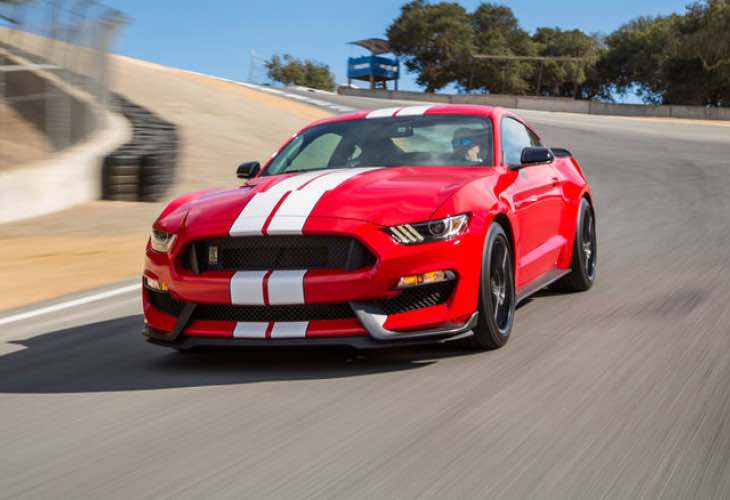 They said that after driving both models back-to-back the differences really do stand out, and one of the biggest differences in terms of how the GT350R performs are those lightweight wheels, as they give a completely different and more responsive feel compared to the non-R model.

The 2016 Ford Shelby GT350 Mustang acceleration is marginally slower than the GT350R, although most of this is down to the increased traction from those wider Michelin Pilot Sport Cup 2 tires on the R model.

As for the review verdict, MotorTrend says that as long as you have not driven the GT350R, then the GT350 will more than please you.