With early pre-orders for the 2015 Ford Mustang looking rather healthy it shows that the Blue Oval could be onto a winner with its next generation muscle car, but that is not saying the car is perfect. As with all Mustangs’ the way in which to make it better is to get Shelby to breathe new life into it even though Ford has already done an outstanding job.

The 2016 Ford Mustang Shelby GT350, GT500 and even the SVT model has been rumored for a while now, and there have even been a few sightings, such as this rumored Ford Mustang SVT. However, there are even more spy shots, but it is uncertain of what model.

According to Carscoop, they believe that this is most likely the 2016 Shelby GT500, although it is still possible that we could be looking at the next GT350 or SVT, and so you need to look at all the images and come to your own conclusion. 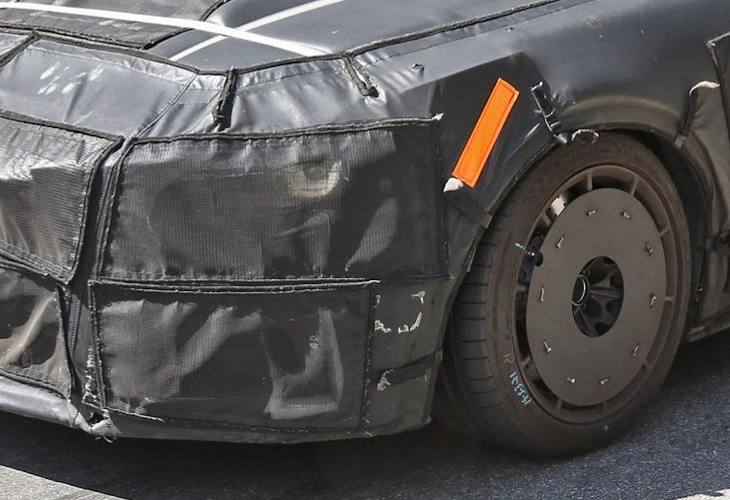 Carscoop seems pretty adamant that this is the GT500, and will continue to do so until they have proof that it is anything else. Even though the car in question has a huge amount of camouflage, you can still make out small areas of its exterior, such as a mesh covering the hood vent, and some extra wide Michelin Pilot Super Sport tires.

There are also a few design tweaks to the rear diffuser, no doubt to help create some added downforce to offer more grip because of the extra power.

We can’t say for certain how long it will be before we are able to tell you what model of Mustang this is, especially when we know the release of the 2015 Ford Mustang is just months away, yet Ford is still unable to share certain details, such as its curb weight.