It seems that Ford is unwilling for rival muscle car makers to step on their toes, and as such has now announced new improvements for its 2016 Mustang. It was only last year when the current wave of new features were introduced to the 2015 model.

However, before you get too excited, the new features will not be standard, as they consist mainly of new 2016 Ford Mustang option packages and trim. Having said that, there is one feature that is coming back, and is a nod to yesteryear.

We are sure you have been hearing it all over, but if not, then we would just like to say how happy we are that Ford is to bring back the turn indicators that are integrated to the hood vents. This is a great touch, one that fans of the older Mustang’s will love — well it was used almost half a century ago. 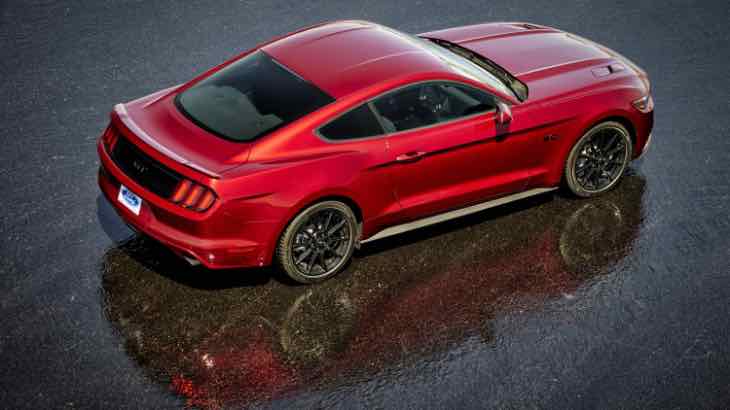 The Mustang GT and EcoBoost are to get black or silver racing stripes, as well as an option for a black roof. Ford is to also introduce its new Pony Package, which will comes complete with 19-inch rims, side stripe, a chrome window surround and a special grille.

More details on these new options can be found on the Ford website.

As for the California Special Package that we discussed the other day, this edition model will also come with 19-inch alloys machined in black, a black spoiler, hood vents and mirror, as well as a front splitter, special grille and so much more.

However, it is sure to be the special Performance Package for the GT convertible model that appeals to you the most. You will now get upgraded Brembo brakes for more stopping power, 19-inch black-painted alloys, a K-brace, Torsen limited slip differential, retuned electronics and a larger radiator to keep things just that little cooler.

Do you think Ford has done enough to keep its Mustang lineup cool for another year?