Both Ford and Porsche have been working in secret on two new models, with the former going all out and over the top, while the latter is choosing to go back to basics. An all-new 2016 Ford GT is being developed behind closed doors with Multimatic Motorsports, and we can already see the design looks to be more like something you would see from Lamborghini. The Porsche 911 GT is considred to be a ‘Pure’ version, as the German carmaker looks set to go back to basics, as it is no secret that the current 911 lineup has lost that DNA focusing on the driver and not technology alone.

It’s clear to see that Ford’s main aim is to develop a car that is far more radical than we have seen from them in years, which is evident from these images from Autocar. The tub and bodywork are both made from carbon fiber, which is one of the reasons why the shape is the way it is.

Ford has also made use of active aerodynamics, to help make the car more stable around corners, while allowing it to be more slippery on the straights. 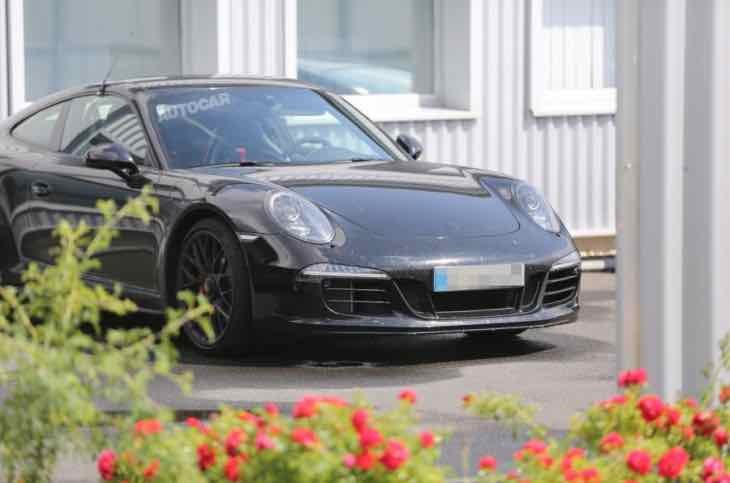 Porsche looks set to release a car that goes back to basics, even before the first GT3 was introduced in 1999. The new sports car is said to do away with over-the-top design and features that make some of the current models more for the track. This new 911 will be designed to be used every day, and to give the driver the feeling they are at one with the steering wheel, road wheels and tires, rather than just a small piece in a huge cog.

What we mean my this is the driver often has a lack of feeling when driving the latest GT inspired Porsche’s, as it is all about the electronics. There is also the fact that a car designed to set fast lap times will not drive very well on normal roads, so the suspension will be very stiff, and the throttle response will be more like being pinned back in your seat.

Which of the two approaches appeal to you more, radical, or back to basics?