A couple of days ago we assumed that the 2016 Fiat 500 facelift model would be teased in September during the Frankfurt Motor Show, although new details have come to light that suggests otherwise. While this new information is based on a rumor, there is evidence that does seem to prove these latest findings.

Three important dates for the new 2016 Fiat 500 model have now come to light thanks to some leaked FCA presentation slides. They suggest that the facelifted model will have a soft launch in front of select guests on June 10, with its world debut taking place on July 11.

As for the 2016 Fiat 500 facelift production dates, these will be August 20 for the 500 Lounge and Club, and sometime in September for the Pop and Popstar. 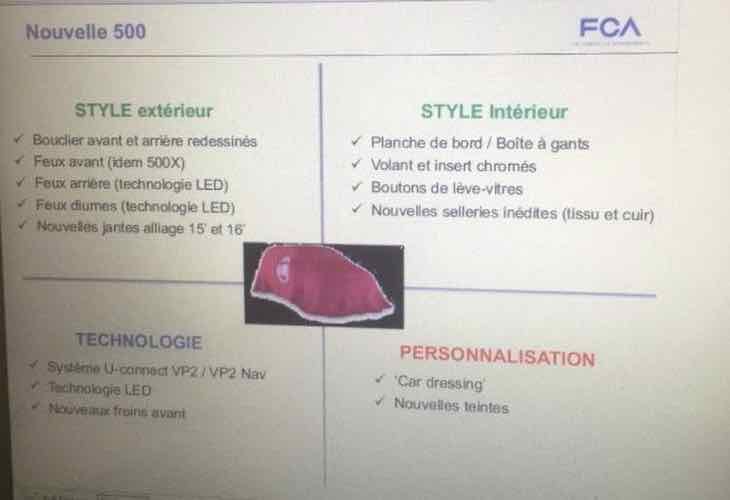 The image you see below is a render by Corsa Italia, which it has come up with following the leaked details about all the changes with the upcoming Fiat 500. There are also those two FCA presentation slides that we mentioned earlier, which you can see in the link above.

We already know the new model will sport various changes to its exterior, such as new LED headlights, front and rear bumpers, and new wheels. As for the interior, there will be the addition of chrome inserts on the steering wheel, along with re-styled buttons, and much more, all of which can be seen in those leaked slides.