Ferrari has decided to make a massive change with their 2016 FF model, as they have decided to change its name to GTC4Lusso. While the name may be very different, the upgrades are minimalist to say the least.

We will get to see this updated model for real during the Geneva motor show next month, although the 2016 Ferrari GTC4Lusso has already been revealed to the media ahead of March’s event.

Even though the changes are minimal, they still make a big difference, such as the improvements made to the aerodynamics, which includes the integrated air intakes that form part of the new front grille, and also the roof-mounted rear spoiler, a rear wing with air vents and even a redesigned diffuser to help improve airflow, while increasing downforce. 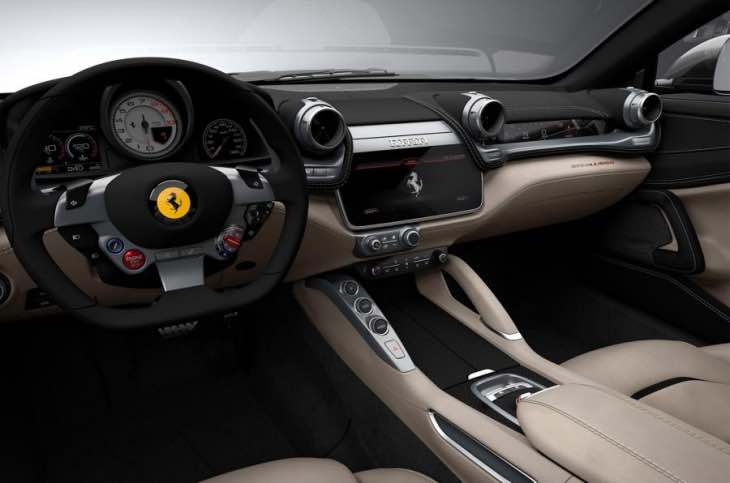 The Ferrari GTC4Lusso engine is the same, although the Prancing Horse has managed to squeeze a few more horses out of the 6.2-litre V12 engine, as it goes from 651bhp to 680bhp. This also means that it now has a 0.3sec faster 0-60 miles per hour time than the previous FF, as it now takes just 3.4 seconds.

Some of the other improvements include improved four-wheel drive system, Slip Side Control, a new Apple CarPlay compatible infotainment system

Among the significant interior changes to the four-seat cabin is a new infotainment system which has been developed by Delphi, but remains compatible with Apple CarPlay.

We have yet to learn details of the GTC4Lusso price, although that should become available to us closer the Geneva Motor show, but expect it to be more expensive than the current FF model.