We might not yet know the full 2016 Detroit Auto show car list, but we now know that it is to include the all-new Mercedes-Benz E-Class. Ok, so we know we are a little premature seeing as though the LA Auto Show has only just got under way, but when you consider that the next car event is in January, it will soon come around.

January 2016 will be a busy month for events because of CES and the LA Auto Show, and so from now until then we will be sharing some previews of what we can expect.

However, let’s get back to the subject at hand, because Autocar has learned that the Mercedes-Benz E-Class is to get a heavy redesign, and they have been sharing a few images of that precise model. 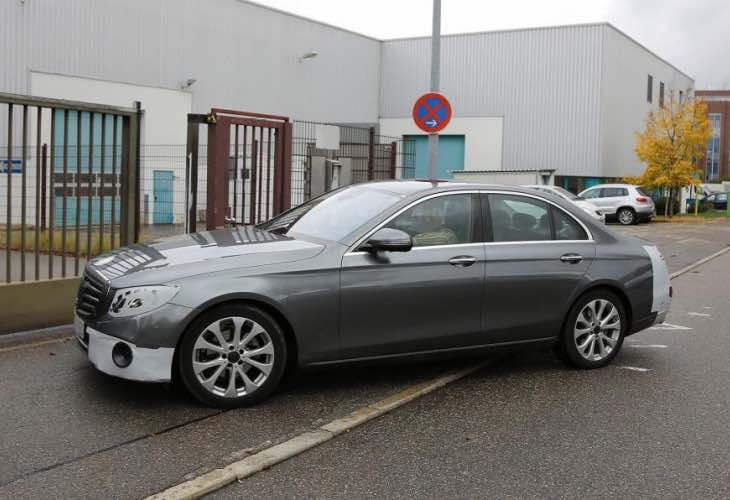 What’s changed? — We had been promised a wave of changes, such as a cleaner, more modern design, but the biggest changes are said to be to its interior. There are now two 12-inch screens, the seats are now a work of art, and a host of luxurious materials have been used throughout — so a lot like the S-Class in that respect.

The 2016 Mercedes E-Class facelift has been spotted testing, and is almost undisguised, giving you a much clearer insight into its design. However, there are still a few secrets being kept from us, as Mercedes does not want to give too much away before its big reveal in January.

Having said that, we do know that the German carmaker plans to extend the E-Class engine range, such as a new 2.0-litre diesel, and a new-generation of 3.0-litre six-cylinder diesel powerplants.