With around a week to go until the Detroit Auto Show, you won’t have long to learn some of the 2016 Chevy Volt details. We understand that some of you will want to know the range of the new model, along with its specs, which were omitted from CES 2015.

Chevrolet was on hand at CES and gave us a sneak peak of the all-new Volt, although they never shared any of the important details. We already know it will come with improved range, but by how much compared to the current model is anyone’s guess. 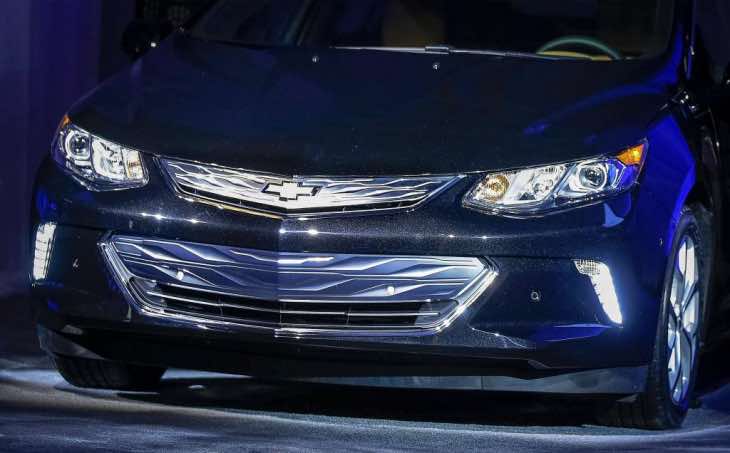 The video does not give you a lot to go on, although you do get to see certain angles of its exterior design. We did find it funny how the guy did not really know what to say, as when the curtain was opened to reveal the 2016 Volt the response from the audience was a little muted.

A review of the 2016 Chevy Volt video does show that the front fascia has been redesigned, but that is all we can tell for the moment. It would have been nice to get a glimpse of the interior, although we guess we will now have to wait until next week for that pleasure.

What we do know — Along with the larger battery will be a new and improved 1.5-liter engine. We also know that many of our readers have said it looks very similar to a Honda Civic, although it does have certain Impala similarities as well.