The New York Auto Show kicked off in fine fashion last night, with an array of new car reveals. We now have a good idea of what to expect during the public days, which begins tomorrow. One car that took our fancy was the 2016 Chevrolet Spark, as it comes with a host of changes over the 2015 model, along with some much-needed enhanced features.

Two major differences with the new Chevy Spark are its new and improved engine, along with some enhanced styling. Firstly, there is that engine, which goes from a 1.2-liter to a 1.4-liter, which produces 98 horsepower. Ok, so it does not sound like much, but it is an increase in power of 16 percent over its predecessor.

You get two transmission options, either a five-speed manual, or the continuously variable transmission system, which is said to offer a fuel-economy figure of 40 mpg on the highway. Having said that, not sure I would want to have anything other than manual with a car that has an engine so small. 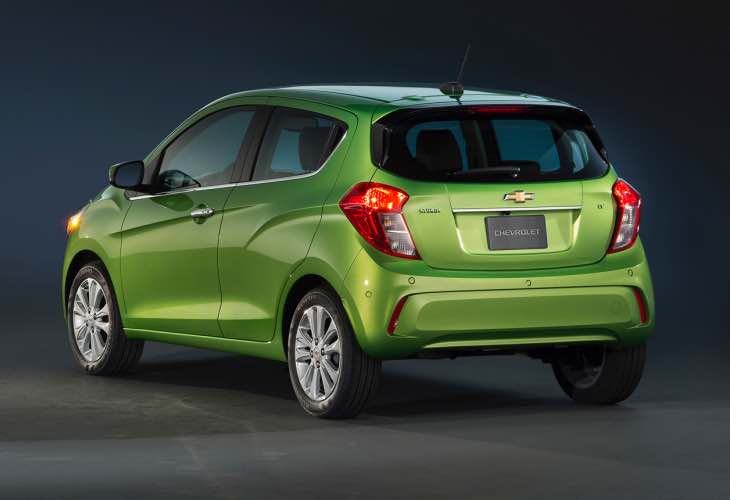 Looking at some of the enhanced features of the 2016 Spark over the 2015 model we are told that it comes with a longer wheelbase, while also being 1.6 inches lower, which does help to improve its handling, although this also has something to do with its rigid platform underneath. The new model seems to have a sleeker look thanks to its more elliptical headlights.

While this new Spark has grown up a little, there is still a major difference in terms of size between the other smaller models in the Chevrolet range. Do not think for one moment that sacrifices have been made to its interior because this is the small model in the range, as you get the latest MyLink system, along with a capacitive touchscreen, LCD instrument cluster and also some of the latest in safety technology, which includes Side Blind Spot Alert, Lane Departure Warning and Forward Collision Alert.

As for availability, the 2016 Spark is to go on sale in the U.S. in the fourth quarter of this year, although no price details have been shared at this time. For more details visit the Chevrolet press page.