Details of the 2016 Chevrolet Camaro convertible will not be revealed until tomorrow, although that never stopped a bunch of leaked images being shown on the Internet. What this has done is confirm the fact that losing the roof has made the Camaro even more desirable, which we did not think was possible — although that is down to personal taste.

The leak did not reveal the 2016 Chevrolet Camaro convertible price, and there does not even seem to be any information on that today either, so General Motors has done a good job at keeping a lid on pricing. However, we suspect it will be more expensive than the standard Camaro, as it takes more work to get rid of the roof. 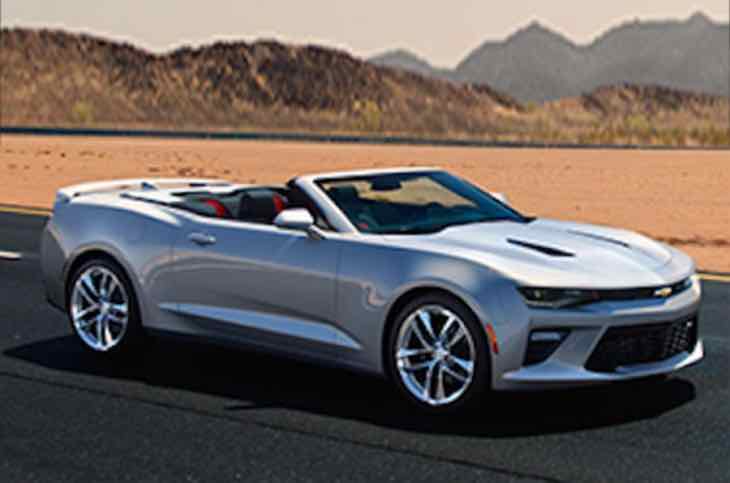 By losing the roof a lot more strengthening has to be added, which in turn will increase the weight, although we are sure Chevrolet would have made a few weight savings in other areas to counteract this.

The 2016 Chevrolet Camaro engine lineup has already been revealed, although we are not certain if this will apply to the drop-top version as well, although we only have a day to find out. It will be interesting to see if there will be a convertible SS version of the Camaro.

We already know that the all-new Chevrolet Camaro will go on sale later this year in the US, although those of you in the UK will have to wait until the first half of 2016. If that was not bad enough, the UK version will not come in right-hand drive — which could see sales suffer.

Update: Autocar now has more details on the upcoming 2016 Chevrolet Camaro, as well as that convertible version. The roof can be operated with speeds up to 30 miles per hour, which is impressive.