It would seem that everyone wants in on the lucrative SUV market, which has to be one of the reasons why Bentley is currently working on the Bentayga SUV. Having already seen a few teaser images of its exterior, it was so nice for a new promo video to be released today, which shows off parts of the cabin.

2016 Bentley Bentayga SUV interior specs — Ok, before you get too excited, the video only exposes a little of the technology that will be used inside the sports utility vehicle, but at least it is better than seeing yet another shot of the outside. 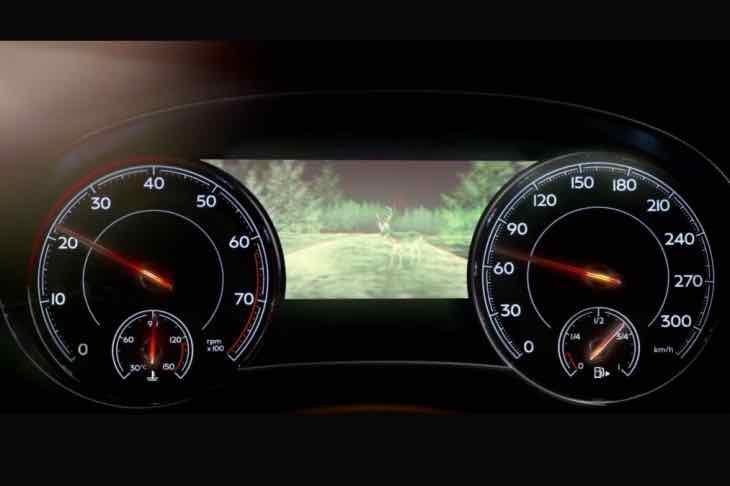 In one part of the video we get a closer look at the touch-sensitive driving mode selector, which also has the start-stop button on top of it. You also get to see the speedo and rev dials, along with an advanced night-view screen to make it easier to see oncoming obstructions in badly lit areas, such as country roads.

The display also shows that it is of the multi-function type, and so looks to be configurable to suit different drivers. There’s not much else we can make out in terms of the technology used in the cabin, although we suspect that Bentley will not keep us waiting too long before another teaser video.

Going back to that exterior, and there have been complaints that this SUV looks like a black cab, and we sort of agree, as it does seem to lack style, but what do you think?