There is no denying that the Amazon Fire HD 10 Tablet released last year is decent in terms of its specs, although when it comes to the design, it does leave a lot to be desired.

If you were one of those put off with that one small issue, then you will be pleased to learn that Amazon have finally rectified that issue. The 2016 Amazon Fire HD 10 refresh now comes with a more premium design because gone is the plastic shell, and in its place is metal.

It’s clear to see that it not only looks premium, but also adds a touch of class, so therefore we should see an increase in sales – or that is what Amazon hopes anyway. 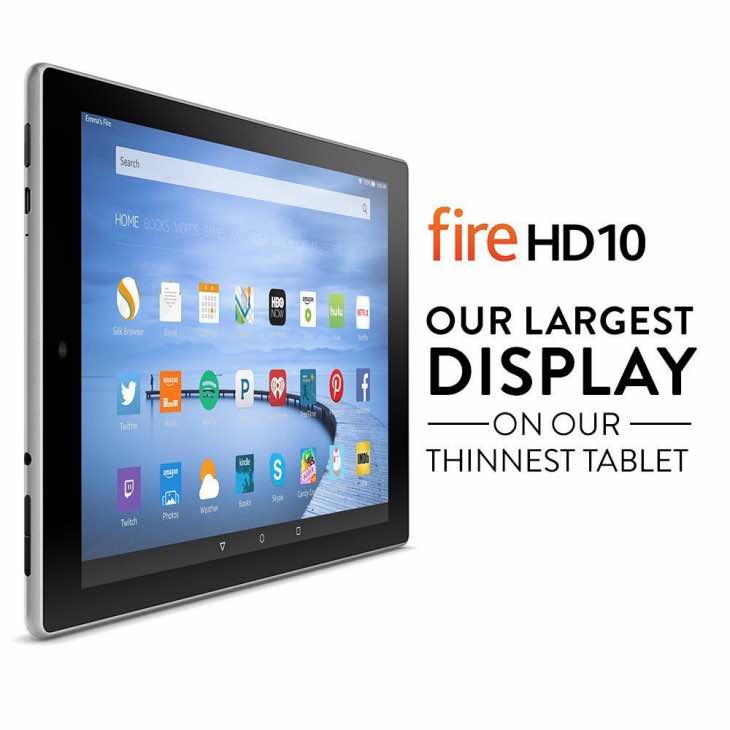 Amazon has also done something else that could help to see an increase in sales, and that is to keep the new Amazon Fire HD 10 Tablet update the same as last year’s model. However, there is also a downside, and that is the fact that the specifications also stays the same – which may put some potential buyers off.

Although saying that, Amazon have deiced to bring a new storage option, and that is 64GB. That’s it though, as you still get the very same 10.1 inch display with a resolution of 1280Ã—800 pixel, 1.5GHz quad core processor, 1GB of RAM, along with two other storage options, and those are 16GB and 32GB.