The press has had their time at the 2015 Detroit Auto Show and we certainly have a lot to look forward to in terms of upcoming vehicles. One car that caught out attention was the 2016 Alfa Romeo crossover because of what it hopes to achieve.

The new CUV from Alfa Romeo has two ambitions in our eyes and that is to take the fight to the Audi Q5 and the BMW X3, two of the most popular crossover vehicles on the market right now.

It is uncertain what its name will be, as this could vary depending on its market, although in the US we expect it to be called the 6C, and the 2016 Alfa Romeo Giulia in other countries, such as the UK. 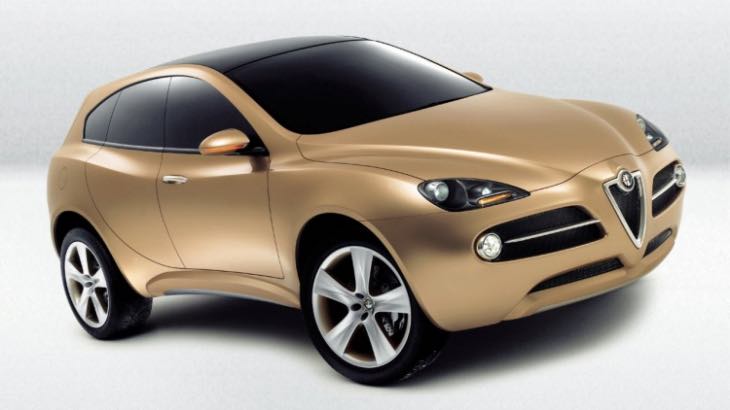 We do not have much to go on at this point, although more details will become available during its official reveal on June 24, 2015 at the Alfa Romeo museum.

Dated design — Since it was first spotted at Detroit there has been concern that this upcoming crossover is dated in its design, and we sort of agree. There is no design flare that jumps out to persuade you to purchase one, although it is not yet certain if this is the final design when it goes to production.

Here are a few spy photos thanks to AutoExpress.