Alfa Romeo will allow us to get much closer to its new 2016 Giulia during the Frankfurt Motor Show next month, and with a bit of luck share some of the finer details, such as its release date, price, full specs and the 2016 Alfa Romeo Giulia trim level lineup.

We know that Alfa is to step-up its game and release several new models, and while we do not know what all of these will be, an SUV is most likely. It’s thought that the Alfa Romeo SUV will come with Giulia styling, which you can see in the renders thanks to rmcardesign.com. 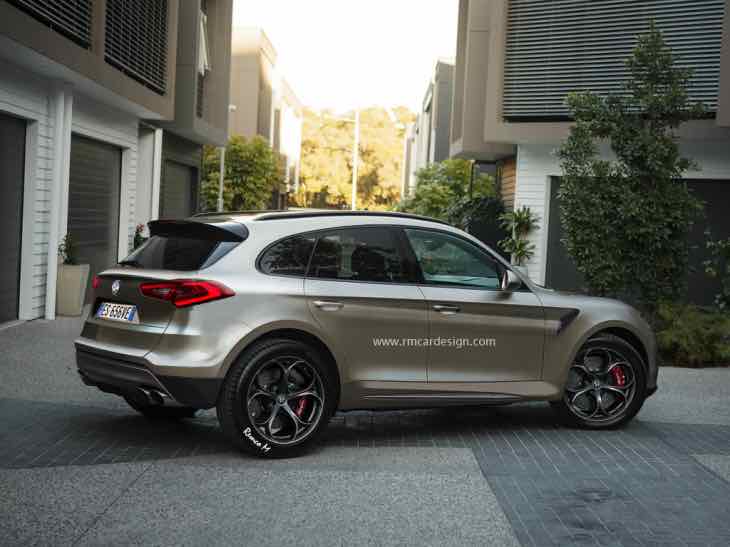 Let’s just point out that this is in no way an admission that the new Alfa SUV will look like this, but with the design of the Giulia proving very popular, we see no reason why its sports utility vehicle will not borrow a few of the design tweaks from the sibling.

The renders are a very good representation and so we do hope that the final Alfa Romeo SUV design will not be a million miles away, and so for now we just have to play the waiting game until the carmaker is ready to start sharing.

Don’t expect any details of the SUV during the 2015 Frankfurt Auto Show though, but at least we will finally get to see what the 2016 Alfa Romeo Giulia sedan has to offer, and what sort of fight it will be able to mount against the BMW 3-Series. Having said that, the SUV will aim to mount an attack on the Audi Q5, BMW X3, Lexus NX and the Mercedes GLC.