The first day of the Detroit Auto Show for 2015 never let us down, as we have seen from experience that many of the best vehicles are shown on that first day. The collection of vehicles showcased on Monday were diverse, from family cars, to supercars. It is the latter that we are most interested in because the 2016 Acura NSX falls into that category.

Lack of technical specifications — The 2016 Acura NSX horsepower is expected to exceed 550, although that seems to be as much as Acura would share, as we do not have information on its 0-60 mph time or top speed. We do not expect it to be any slouch, seeing as though it wants to take on the likes of the Audi R8 V10 model and the Ferrari 458 Italia.

We can tell you that the price is expected to be in the region of $150,000, and if what we have been told about the upcoming supercar is true, then we expect to see the 2016 Acura NSX pre-order books to be pretty high. 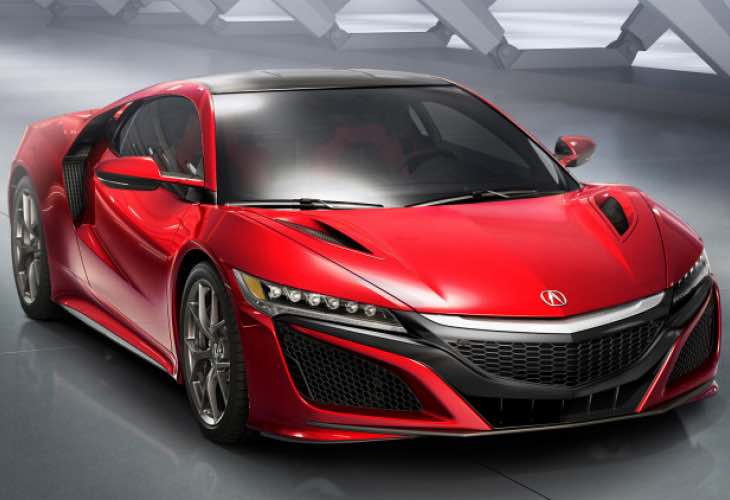 However, it is not going to be easy and will take a mix of top-notch specs if it wants to have a better success than the likes of the Mercedes-Benz SLR or even the Jaguar XJ220. Both these cars promised so much, but in reality were unable to deliver the wow factor, and so sales were very disappointing indeed.

If Acura wants its new NSX to be a success it will need to make certain that it is highly exotic, has an extreme amount of power, comes full of state-of-the-art technology while trying to maintain a competitive price.

We really do hope the 2016 Acura NSX has great success and is just as good on a racetrack as it is on our roads, but only time will tell. Visit the Acura press page for more details.