With just over a week to go until the start of the Shanghai motor show, Volvo thought now would be the ideal time to tease its XC90 SUV, and so has now revealed it to the world. While the exterior is very much the same as many Volvo models currently on the market, it is the interior that stands out more, as it now comes with two individual rear seats.

The Volvo XC90 SUV interior is going to be the main focus of this model during the Shanghai motor show next week, and we are sure the media will be looking forward to trying out those massage and ventilation functions on the rear seats. 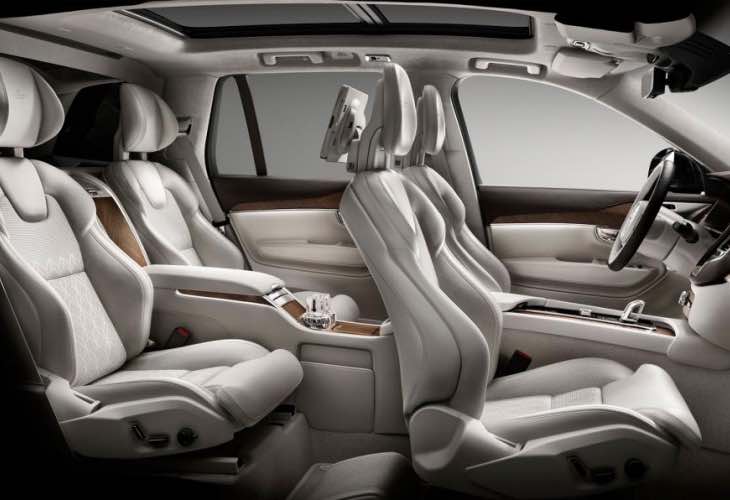 Before you get too excited about this model, the 2015 Volvo XC90 price could sway some of the reviews, as a starting price of £45,785 could be a little rich for many drivers looking to update their SUV.

Having said that, once you study the extensive preview Autocar has published you will start to draw a good picture as to why the price is more than some of you would like to pay.

Not so bad in comparison — The Volvo XC90 SUV is intended to rival the Range Rover SVAutobiography, which as we know is to cost around £150,000, and so Volvo’s price does not seem that bad after all. However, the £45,785 price was only for the core model, with more premium models expected to cost £68,000 — which is still far cheaper than the SVAutobiography.