When you think of the upcoming Paris Motor Show you think of concept, or exotic cars, but there is much more to this auto event, as you have to remember the little guys. You might not believe me, but the all-new Vauxhall Corsa is going to be very important because it could become one of the most popular small cars in the UK.

We do worry that the 2015 Vauxhall Corsa will be lost amongst the array of vehicles that are more pleasing on the eye, but if you manage to filter out the cars that you and I cannot afford and head towards the small, yet adorable new supermini, then you might be pleasantly surprised.

There has been a few issues getting to this point, as previous generations of the Corsa never lived up to expectations and compromises had to be made, However, the 5th generation Vauxhall Corsa is very different because even though this is an updated version of the current model, there have been several key design changes that make it a far better model this time round. 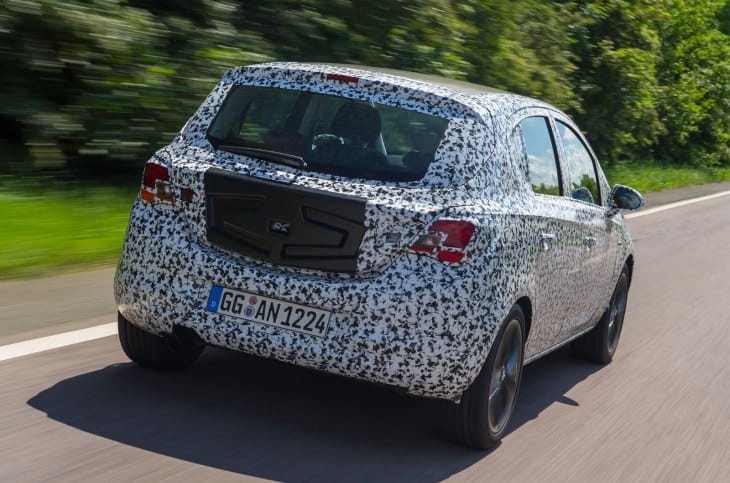 Autocar has managed to get hold of the latest 2015 Vauxhall Corsa prototype in order to offer a review, although they thought they would only give a review of its driving impressions, seeing as though Vauxhall is bound to make a few more design changes to its exterior and interior.

The Vauxhall Corsa prototype made use of a 1.4-litre turbo engine, which produces 99 horsepower, which is better than you might think, although the gearbox could do with some work because it is not as smooth and precise as it could be.

The review does point out that the new Corsa handles much better than the outgoing model, although this has something to do with the sports suspension option on the model being test drove. To learn what Autocar thought of the upcoming Corsa, then head over to their website.