A new version of the Election Hub 2015 app for iOS was updated last month in preparation for Thursdays General Election. Version 1.1 of this app brings some much needed updates ready for the big day on May the 7th, such as a new Live page added, the latest events, reaction and also exit polls.

That is not all, as you also get to gauge the reaction from these exit polls and results, along with getting involved in a live debate, which we know there will be a huge interest. 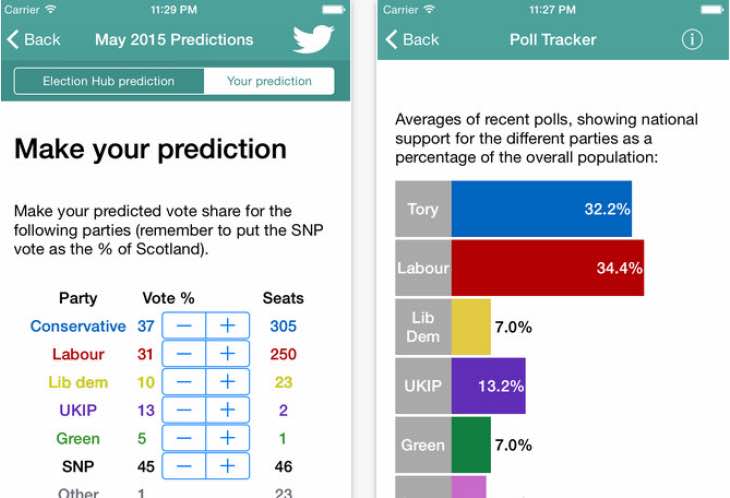 However, with little over a day to go until the UK public go to the polls, you can use this app to view a countdown of some of the major events, although the TV debates are now over. The politicians from all the major parties have done almost as much as they can do, albeit from a last few TV interviews on breakfast TV, and other major news spots.

Some of the other main features of this app include the latest political news from various sources, a quiz to see which would be the party for you based on your views, a predictor before things get going on Thursday to see how things are going and so much more.

More details on the Election Hub 2015 app for the iPhone, iPod touch and iPad can be found on iTunes. It is worth noting that the cost of this app is 79 pence.