The New York Auto Show might be over for the press, but today is the day when the public gets to see the vehicles that have been reported on over the past few days. We know with almost certainty that the moment you walk into the big building you will be wandering about like a headless chicken, unable to know in which direction you should go in.

However, if you are a fan of one of the best family cars on the planet, then maybe you should head in the direction of the Toyota area, as this is where you will find the 2015 Camry in all its glory. Okay, so we know that the model has been little lackluster over the past few years, with many people calling it bland, and so it was all-to obvious that the 2015 Toyota Camry changes following a redesign needed to be better than anything we have seen in years.

Thankfully, the new boss at Toyota has been good on his word to make cars that are more exciting, the 2015 Camry comes with a fresh new design, and what will shock some of you is how this mid-cycle redesign is far from what we would have expected. 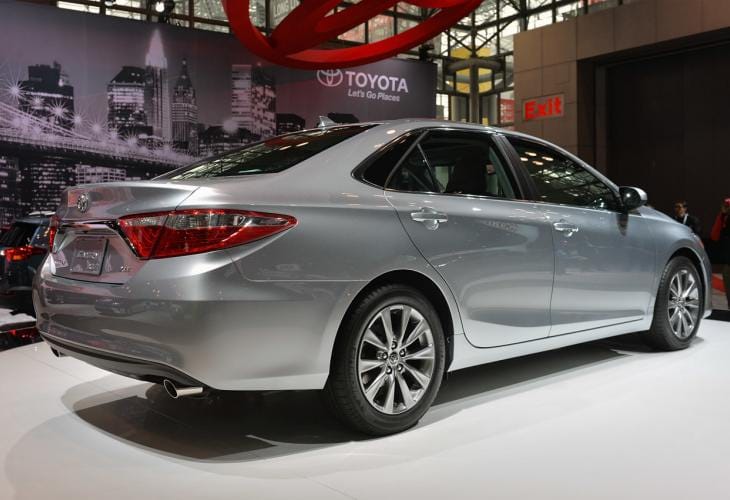 We’re told that there are more than 2,000 changes on the 2015 Toyota Camry, and with it now being slightly longer and wider the performance will be more dynamic, although this cannot all be attributed to the increased size.

Before you get too excited, it’s worth noting that Toyota has recycled the powertrains, as the engines stay pretty much the same. However, its stiffer chassis, upgraded suspension and braking, along with its new 18-inch wheels, exceptional stability control programming, and a redesigned front end make this a far more exciting car.

It’s those new looks that has been the biggest talking point with the redesigned Camry, with the XSE being one of the better trim levels because of its sportier looks.

As for the 2015 Toyota Camry price and release date, the Japanese car manufacturer has yet to share those details, although we do know it will be sometime this fall.