The old Smart ForTwo was not a bad car, although it did have one or two issues, one of which was not an easy fix and so required a lot of time and effort. The problem that we are talking about is with its transmission, as it had a tendency to feel a little jolty between the gears, and so improvements needed to be made in order to make gear changes slicker.

2015 Smart ForTwo options — The solution is not a standard feature and so comes at an extra cost, although for some it may be worth it. You still have the old five-speed manual as standard, but the Twinamic transmission option will cost an extra £995 in the UK.

You can only have this as an optional extra with the 1.0-litre three-cylinder base model, although we have it on good authority that Smart is to make it available for other models, but no timescale has been given. 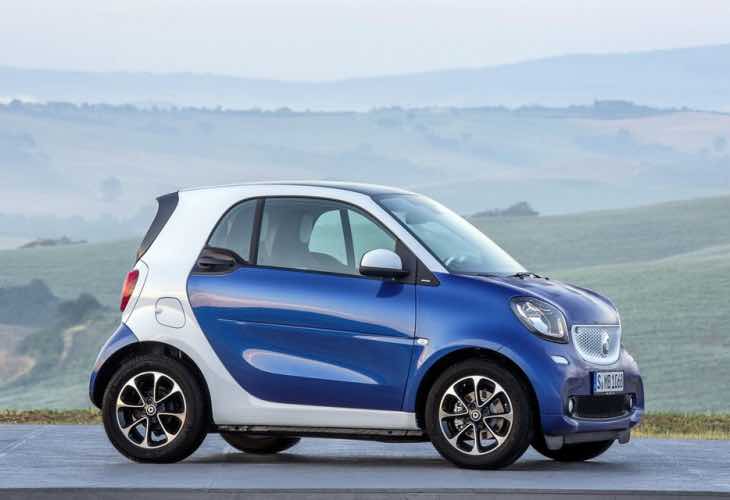 The funky carmaker has also said the Twinamic transmission will be an option for the larger ForFour, which is said to be more of a rival for the Renault Twingo, as that model is to get a twin-clutch gearbox before the year is out.

The 2015 Smart ForTwo performance is pretty much as we expect, 0-62mph in 15.1 seconds with a top speed of 94 mph. As for fuel-economy the all-new ForTwo has a combined figure of 68.9 mpg. For full details visit the UK Smart website.