With people still holding out news for a new Ford Torino GT, we have to assume they will be sort of happy with the news that the 2015 Shelby Super Snake will be ready to hit the streets later this year, although there will be just 300 examples. Shelby is to produce just 300 units, so if you were thinking of getting one, you will want to get your order in early.

Before we look at the technical specs, let’s tell you the 2015 Shelby Super Snake starting price first, which is $49,995. The reason this is the starting price is because this does not include the cost of the base 2015 Mustang GT that you have to start off with. If this does not put you off, then you can build your Super Snake online at shelby.com, or if you would rather speak to someone in person, then call (702) 942-7325. 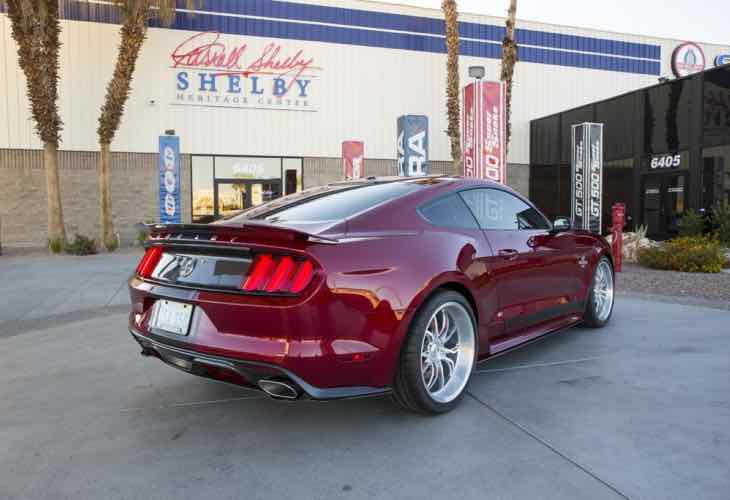 The 2015 Shelby Super Snake specs are rather impressive, with the heart of this custom model being its 5.0-liter V8 engine along with Ford’s Performance supercharger. The end result is a power output of 650 horsepower, which is channeled through its six-speed manual or automatic transmission.

In order to handle all that power, the Super Snake makes use of Ford Performance half shafts, 3.73 gears and Suspension. There is also the Ford Performance Handling Package, to help on those tight turns, and Wilwood front brakes for extra stopping power, and also a Borla exhaust to give this muscle car a louder roar.

Not enough power — If this is not enough power for you, then you could always opt for a Kenne Bell or Whipple supercharger, which will take that power output up to a mind-boggling 750 horsepower. However, you will need better brakes, so you will be happy to know this package will also include Wilwood rear brakes, along with a one-piece driveshaft.