There had been a lot of hope that we would see a Roku 4 released in 2015, although any hope of that has now dwindled since the company has made a few updates to its current model, as well as the Roku 2 getting some much-needed software updates as well.

This is very different to the recent Apple TV update, as that was just software based and a price drop, and so there is still hope for a 4th generation release. However, Roku has given its current model a hardware update, and so we can only assume this is an admission that the Roku 4 is not coming this year. 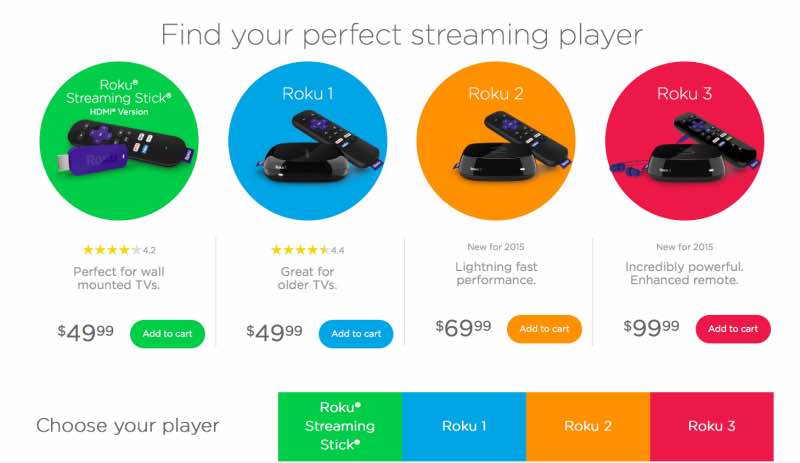 It was yesterday that Roku released several updates to make it even easier for users to get great new content. Take the Roku 2 for instance; this has not only been given a software update, but also changes to its hardware to help give it more speed, and other such improvements to bring it a little closer to its newer sibling.

The Roku 3 now comes with an enhanced remote as well as the software update for voice search. You can see the various changes made by heading over to the Roku website, but we will tell you that the prices for these are $69.99 for the 2 and $99.99 for the 3, which is more expensive than the latest Apple TV, although that is a much older generation model now.

Mobile apps for Roku have also been upgraded, allowing for greater search features for Android, with the iOS version set to late a little later this week.