Official details of the 2015 Mercedes-Benz GLC have finally come to light, and so we now have a better idea of what this BMW X3 and Audi Q5 rival will have to offer once it gets released later this year. Based on the C-Class platform with a slightly longer wheelbase, this new model will have a lot more to offer than the GLK, as this was never intended to be designed for right-hand drive.

The 2015 Mercedes-Benz GLC UK deliveries will begin in November, although, Mercedes is already taking bookings, and so you might want to get down to your local dealer. Prices start at £34,950 for the base-model GLC 220d 4Matic, with the top of the range GLC 250d 4Matic costing £36,105. 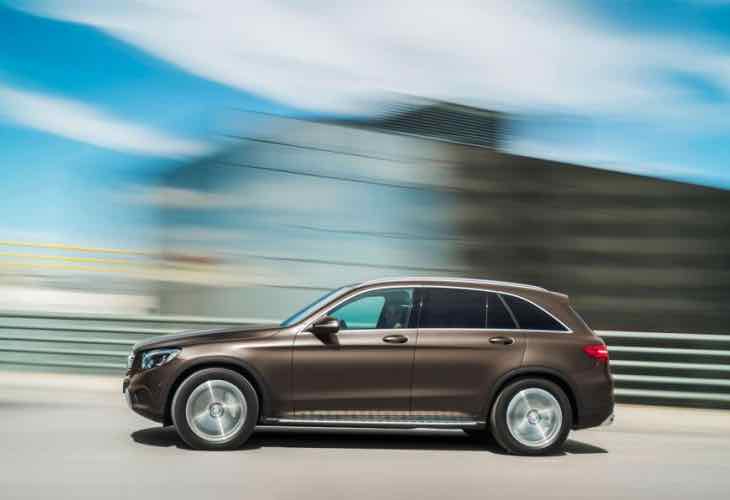 This new rival to the X3 is 60mm longer, which could prove pivotal for some of you, and while it does not sound a lot, those extra millimeters could make all the difference.

When its comes to the engine there are two options, the GLC 220d and GLC 250d, which produce 168bhp and 201bhp respectively. As for performance the former gets to 60 miles per hour in 8.3 seconds and has a top speed of 130 miles per hour, with the latter getting to 60mph in 7.6 seconds and keeps going until it hits 138mph.

There will be a 2015 Mercedes-Benz GLC 350e Hybrid model later down the line, although the German carmaker has yet to offer details on its release date. However, we do have some figures for you, which is a 208bhp petrol engine working in unison with an 114bhp electric motor.

We will also see a performance inspired GLC 450 AMG Sport in the first half of 2016 and will produce 360bhp thanks to its V6 turbocharged engine. Full details can be found on the Mercedes-benz website.